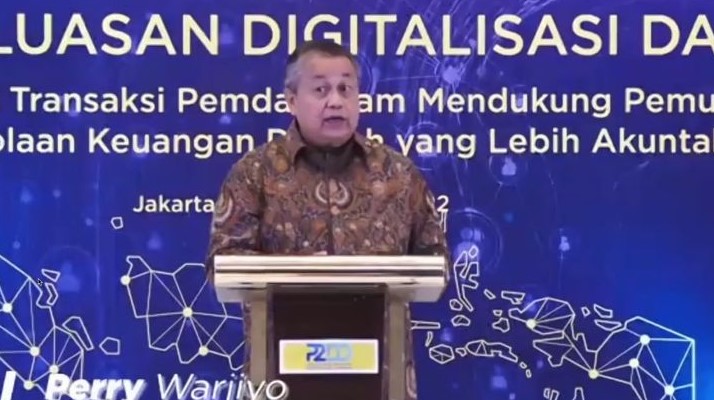 Bank Indonesia (BI) Governor Perry Warjiyo has said that he is optimistic about Indonesia's digital finance growth outlook for 2023 despite the global economic stagnation expected the same year.During a coordination meeting of the Regional Digitization Acceleration and Expansion Team (TP2DD), which was followed from here on Tuesday, he said that by 2023, the total transaction value in the national e-commerce ecosystem would reach Rp572 trillion, while digital banking transactions would reach Rp67,600 trillion and electronic cash transaction Rp508 trillion.The digital payment industry has become more integrated than ever due to the presence of BI-FAST service, which is used by 75 percent of national financial service providers, QR Code Indonesia Standard (QRIS), and domestic government credit cards, Warjiyo pointed out.He said that the total number of QRIS users in Indonesia reached 30 million in November 2022 and their number is expected to increase to 45 million by 2023.The central bank governor said that digitalization has helped residents to pay for their needs, including taxes and retributions, increased efficiency, and supported financial governance.Meanwhile, at least 283 regional authorities have been digitized, an increase of 42 percent year on year from 199 regional authorities in the year-ago period, he informed.Warjiyo said that to bolster digitization, the authority must enact strong regulations at the central and regional government levels that mandate the development and expansion of the digital ecosystem through the provision of information technology infrastructures to reduce the gap between regions.Integrating regional financial management systems nationwide, bolstering synergy between stakeholders, and enhancing cooperation between regional governments and marketplaces to facilitate taxation and retribution payment is also essential, he added.Sharing Warjiyo's optimism, Coordinating Minister for Economic Affairs Airlangga Hartarto said that 65 percent of regional authorities will be digitized by 2023."In 2023, we target 65 percent of regional authorities to be digitized," he stated. (Antaranews)