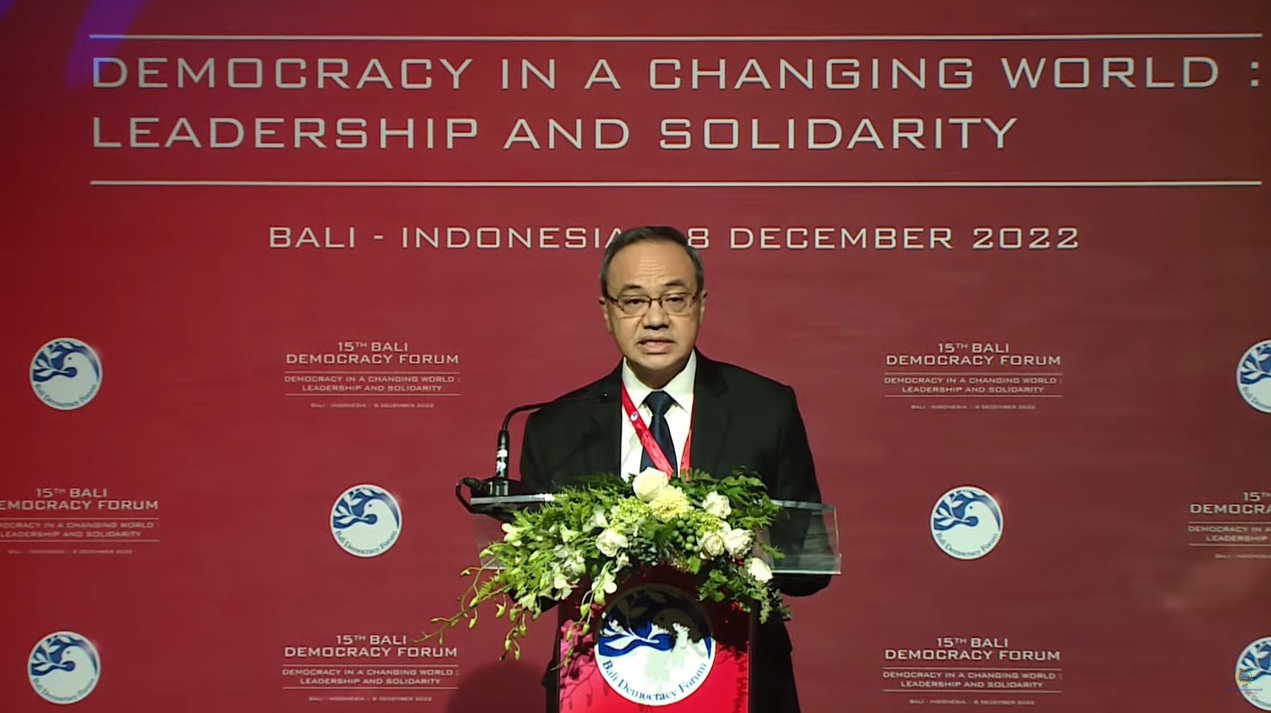 Director General of Information and Public Diplomacy of the Ministry of Foreign Affairs of the Republic of Indonesia Teuku Faizasyah said that in its 15 years of existence, the Bali Democracy Forum (BDF) has been actively promoting the process of joint learning about democracy with the government.

"BDF continues to build initiatives to promote democracy that grows in the country and encourage countries to balance political and economic development," he said at the closing of the 15th Bali Democracy Forum, Thursday (8/12) in Nusa Dua, Bali.

According to Teuku Faizasyah, in the process, BDF has also made a real contribution, especially to ensure that democracy works and becomes a guide for countries.

"BDF has positioned itself as the main forum for discussing and exchanging experiences in promoting democracy in the Asia Pacific region," he said.

Teuku Faizasyah said that at the implementation of the 15th BDF in 2022, he witnessed an increasing sense of belonging to BDF by the participating countries. This, according to him, is the main capital to continue to encourage the formation of a democratic architecture in the region.

"Next year we will focus more on monitoring and evaluating all recommendations and proposed actions resulting from the BDF results," he said.

In closing the 15th BDF, Teuku Faizasyah said that BDF was physically attended by 200 participants from 112 countries and 5 international organizations. In addition, hundreds of students participated in BDF who took part in various forums at BDF virtually.

"In essence, the exchange of views is a manifestation of the spirit of democracy to respect different points of view. Some of them are not necessarily in line with our respective national interests and positions," he said.

Even though the participants shared their views in various forums at BDF, according to Teuku Faizasyah, the government must be able to collaborate so that global challenges can be overcome. (VOI/Andy)