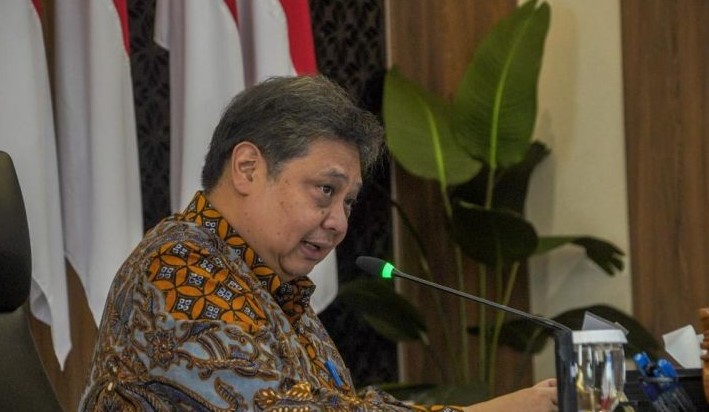 The construction of the Balaraja-Cikarang route of the East-West Mass Rapid Transit (MRT), measuring 84.10 kilometers (km) in length, will be accelerated, Coordinating Minister for Economic Affairs, Airlangga Hartarto has informed.According to a statement released on Saturday, the East-West MRT project, which is worth Rp160 trillion, has been divided into two phases. Phase 1 will cover the Jakarta area and Phase 2 will cover the regions of Banten and West Java. Japan is the main investor in the project.The establishment of the East-West MRT is in line with the government's efforts to reduce people’s fuel consumption and ease traffic congestion, which is considered one of the problems for people commuting in the Greater Jakarta area.The government plans to provide three operational depots for the East-West MRT, which is expected to serve 1.2 million passengers per day.The East-West MRT will also cover 49 Transit-Oriented Development (TOD) areas to help the community in using public transportation massively.The implementation of Phase 1 of the project will be divided into two stages. Stage 1 will cover the 24.52-km stretch from Tomang, Dukuh Atas, Senen, Perintis, to Medan Satria. Stage 2, which will span 9.23 km, will cover the areas of Tomang and Kembangan.Phase 1 of the East-West MRT is expected to become operational by 2031, however, the construction of the project is targeted to be completed by no later than 2024."The President has instructed that (the construction of) this project be completed by 2024, thus certainly, we need to follow up on this program," the coordinating minister said.Meanwhile, the construction of Phase 2 of the East-West MRT will also be divided into two stages.The first one will be Banten East-West MRT, which will cover the areas of Kembangan, Kelapa Dua, and Balaraja, and span 29.99 km. The second one will be West Java East-West MRT, which will cover the areas of Medan Satria and Cikarang and stretch 20.43 km."Phase 2 is expected to operate in 2033," Hartarto, who is also the chairperson of the Committee for the Acceleration of Priority Infrastructure Development (KPPIP), informed.Currently, 27 National Strategic Projects (PSN) are being carried out in Jakarta and its surrounding areas at an estimated investment value of Rp313 trillion.As of January 2023, of the 27 projects, 3 have become operational, 4 have become partially operational, 6 are under construction, and 14 have entered the preparation and financing stages. (Antaranews)