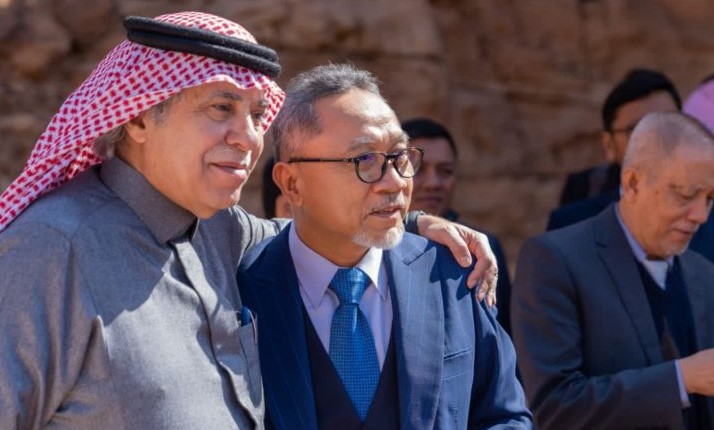 Head of the Indonesian Trade Promotion Center (ITPC) Jeddah Muhammad Rivai Abbas believes the visit of Minister of Trade Zulkifli Hasan to Saudi Arabia to increase trade value has further bolstered bilateral communication."So far, both sides have been reluctant to communicate. There is reluctance on the part of each party to communicate intensely at a high level," Abbas noted in his statement here on Wednesday."Therefore, this visit is an ice breaker for the trade relations between the two countries," he added.During the visit, Abbas witnessed firsthand that Minister Hasan was well received by Minister of Trade of Saudi Arabia Majid bin Abdullah Al-Qasabi.According to Abbas, the meeting between Minister Hasan and Al-Qasabi was akin to a meeting between two friends."Their meeting was very intimate, extraordinary. It was like a meeting between two friends,” he remarked.In future, Abbas expressed optimism that sound relations between the two would realize the trade agreement signed by Indonesia and Saudi Arabia. "Hopefully," he said.The trade mission, led directly by Minister Hasan, was considered a success. Apart from being successful in recording large-value cooperation, the meeting also marked a new chapter in better trade relations between Indonesia and Saudi Arabia.Minister Hasan and a delegation from the Trade Ministry earlier visited Saudi Arabia until Monday (Jan 23) to conduct a large-scale trade mission.During the visit, various strategic sectors were discussed by both parties, including plans for cooperation with the Saudi Food and Drugs Authority (SFDA).Abbas believes that if the cooperation plan is realized, then it will benefit Indonesian farmers and breeders to sell their products to Saudi Arabia. (Antaranews)