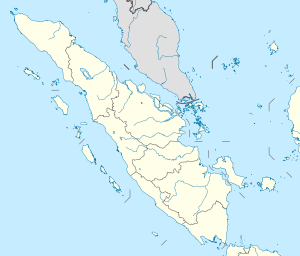 Indonesia as an archipelagic country has big islands such as Java, Kalimantan, Sumatera, Sulawesi and Papua. There are also small islands which have many natural tourism potentials. Take for example, Rupat island in Malacca strait. Administratively, the island belongs to the regency of Bengkalis territory, Riau province. Rupat Island covers around 1,500 m2 and it is located between Malaysia and Sumatera Island. The beaches on the island also directly border with Malacca strait. On the island, there is beach called ‘Pesona Pulau Rupat’ which stretches out until 3 regions on Rupat island beginning from Tanjung Lapin, Rhu bay, until Punak cape. Thus, Pesona Pulau Rupat is often called with the name which is given by each region. The beautiful attraction of Rupat Island is both on its nature and culture. The island has also typical dance, called ‘Zapin Api’ dance. The dance, which is accompanied by Malay music, is full of mystic. Because, before the attraction is begun, the dancers who consist of 5 male dancers, will circle burnt incense. During the performance, audiences are allowed to light fire. The dance is almost extinct because the dance’s leader is only 2 persons who are getting older. Thus, the dance needs new generation to preserve for young generation. Rupat Island can be accessed from Pekanbaru, Dumai, or Bengkalis. The main line of transportation to the island is by sea. If one departs from Dumai, they can use roll-on-roll Dumai-Rupat ship whose departure time has been scheduled. The trip from Dumai to Rupat Island takes around 20-30 minutes. While if you depart from Bengkalis, it will take around 2 hours. If you want to stay at night, you can rent local people’s house or homestay.