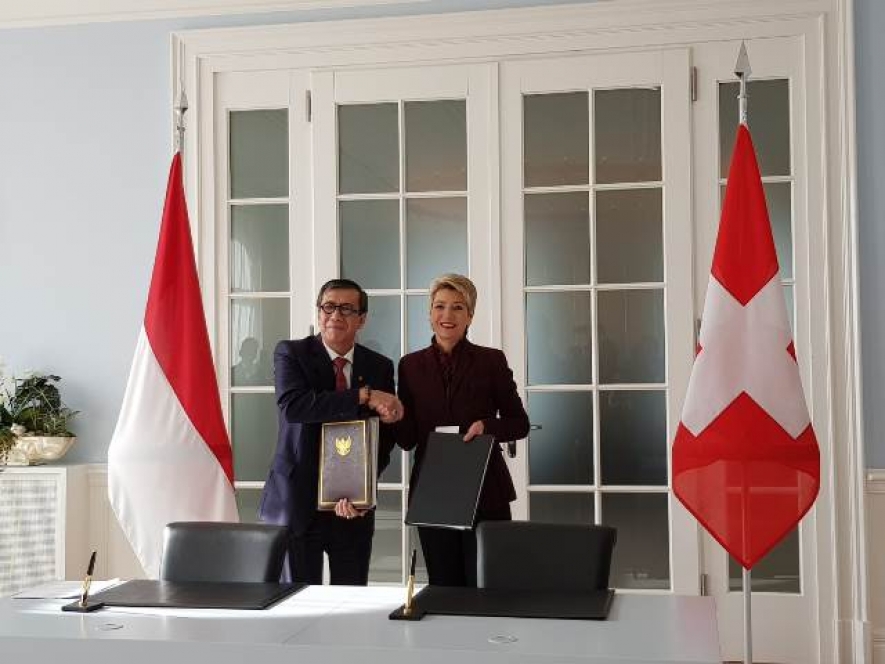 Indonesia and Switzerland have signed an agreement on mutual legal assistance (MLA) after two rounds of negotiation in Bali and Bern, the Indonesian Embassy in Bern, noted in a statement here on Tuesday.
The MLA was signed by Indonesia's Law and Human Rights Minister Yasonna Hamonangan Laoly and Swiss Justice Minister Karin Keller-Sutter in Bern, Switzerland, on Monday (Feb 4).
The agreement will, among others, regulate legal assistance on tracing, freezing, seizing, and dispossession of assets resulting from criminal acts.
The mutual legal assistance is a key part to support the legal process in the requester country.
Laoly said the agreement can be applied to handle tax fraud cases.
"The agreement is part of the government`s efforts to ensure that citizens or institutions would adhere to tax regulations in Indonesia," he stated.
The MLA has adopted the principle of retroactive that allow the authority to touch a criminal case committed before the agreement is taken into effect, as long as there is no court verdict yet on the case.
Indonesian Ambassador to Switzerland Muliaman D. Hadad remarked that the agreement has added to the sound bilateral ties in the fields of economy, social, and culture.
For Indonesia, it was the 10th agreement after it earlier signed an MLA agreement with the ASEAN, Australia, Hong Kong, China, South Korea, India, Vietnam, the United Arab Emirates, and Iran.
For Switzerland, it was the 14th agreement on mutual legal assistance with non-European countries. (antara)