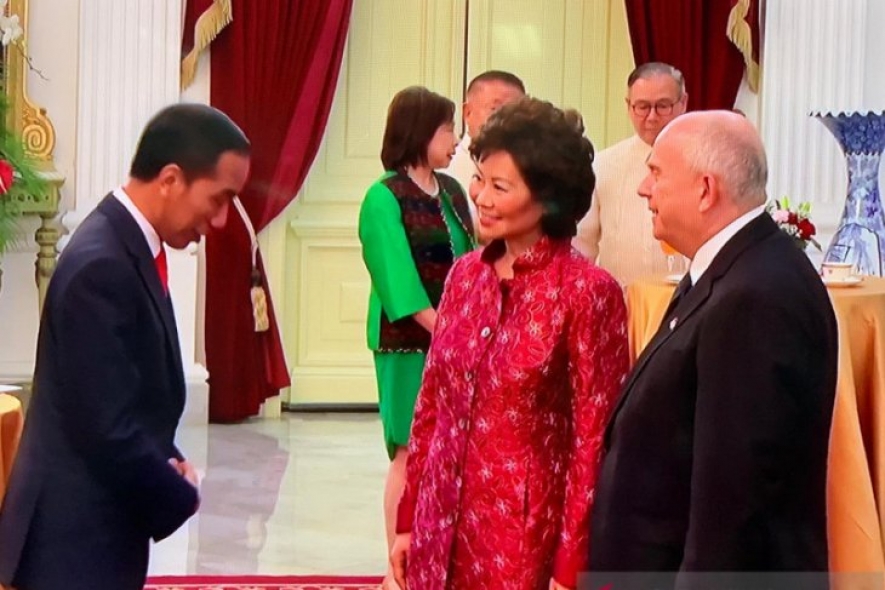 Five special envoys of friendly countries met with President Joko Widodo (Jokowi) on Sunday night after the presidential inauguration at the parliament building earlier on in the day.The president received the five special envoys in turns at the Credential Room of the Merdeka Palace. The five special envoys are Noh Young-min of South Korea, Theodoro Locsin Jr. of the Philippines, Nakayama Norihiro of Japan, Sheikh Nahyan Mabarak Al Nahyan of the United Arab Emirates, and Hon. Elaine L. Chao of the United States. They paid a courtesy call on the president after several leaders and heads of states from friendly countries met the Indonesian leader earlier on in the day. Jokowi affirmed that the visits of state guests mirrored sound relations between Indonesia and the friendly nations. After receiving the special envoys, Jokowi held a meeting with volunteers and then with political party leaders. (ANTARA)