Nahdlatul Ulama Ready to be Peacemaker for Conflict in Afghanistan 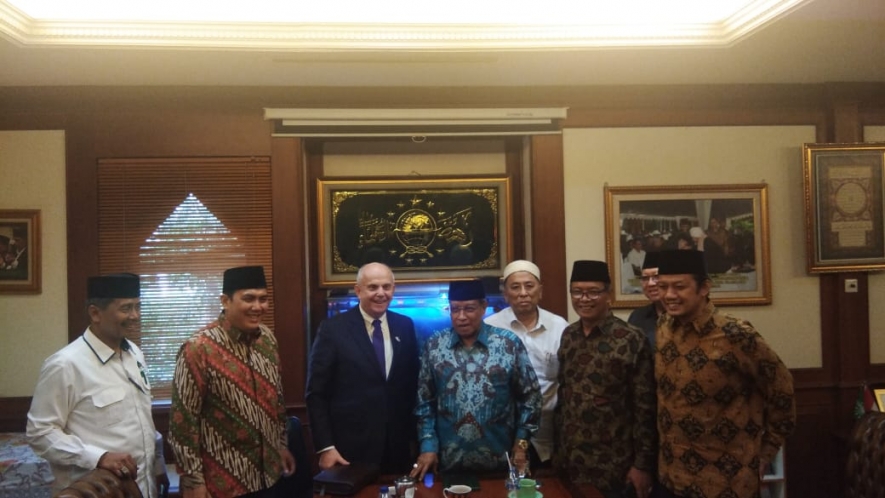 US Ambassador to Indonesia Joseph Donovan and General Chair of the Nahdlatul Ulama (PBNU) Executive Board, KH Said Aqil Siradj at the PBNU office, Jakarta on Monday (21/10/2019) VOI-YOLLEN

General Chair of the Nahdlatul Ulama (PBNU) Executive Board, KH Said Aqil Siradj in his meeting with the US Ambassador to Indonesia Joseph Donovan at the PBNU office, Jakarta on Monday, said NU was always ready to be a peacemaker in the Afghan conflict. Said Aqil admitted that during his tenure as PBNU chairman, Nahdlatul Ulama (NU) had tried four times to reconcile the Afghan conflict, although it had not been successful.

Meanwhile the US Ambassador Joseph Donovan said, in his visit to PBNU also discussed how to improve education, including how the United States could help Nahdlatul Ulama Universities and Colleges to be able to build relationships with universities in the United States. (VOI/Yollen/AHM)