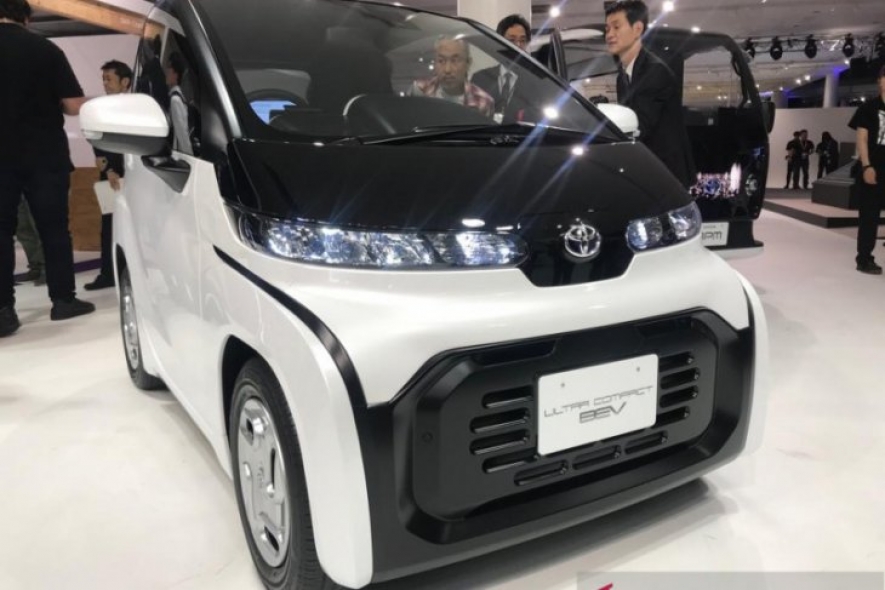 An ultra-compact battery electric vehicle (BEV) is displayed at the Tokyo Motor Show held from Oct 24 to Nov 4, 2019. The car will be produced and marketed in Japan in 2020 ANTARA

PT Toyota Motor Manufacturing Indonesia (TMMIN) is ready to start battery electric vehicle (BEV) production at its factory located in Karawang, West Java, though its type had yet to be made public.

"It is a global trend. If we do not join it, we will not be able to export," Warih Andang Tjahjono, the TMMIN president director, stated on Monday on the sidelines of the Tokyo Motor Show held in Odaiba, Japan, on Oct 24-Nov 4, 2019.

A change in the production line is required, based on several component changes, particularly for the powertrain.

"Some 60 percent must be changed, especially since its battery, powertrain also changes," he explained.

TMMIN Director of Administration, Corporation, and External Relations Bob Azam noted that his company will train its workers for the production of electric vehicles.

"Hence, special skills will be involved to produce electric vehicles since it is different from ICE (internal combustion engine) cars," he stated.

TMMIN will support the government's target for the share of electric vehicle output to reach 20 percent of Indonesia's total car production by 2025.

"We will participate in it," Bob Azam remarked without furnishing in detail the number. Until now, Toyota Indonesia is attempting to produce hybrid vehicles in Indonesia, as a bridge for the production of full battery electric vehicles.

Hybrid vehicle is perceived as being better aligned toward the production of electric vehicles since its engine uses both battery and gasoline.

In the meantime, President Joko Widodo (Jokowi) stated in Aug this year that he had signed the long-awaited presidential regulation (Perpres) on electric vehicles. "We know that batteries constitute 60 percent of the key to producing electric cars, and we have the components to make them, (such as) cobalt and manganese, in our country," Jokowi said as quoted in a press statement fromsetkab.go.id. (ANTARA)