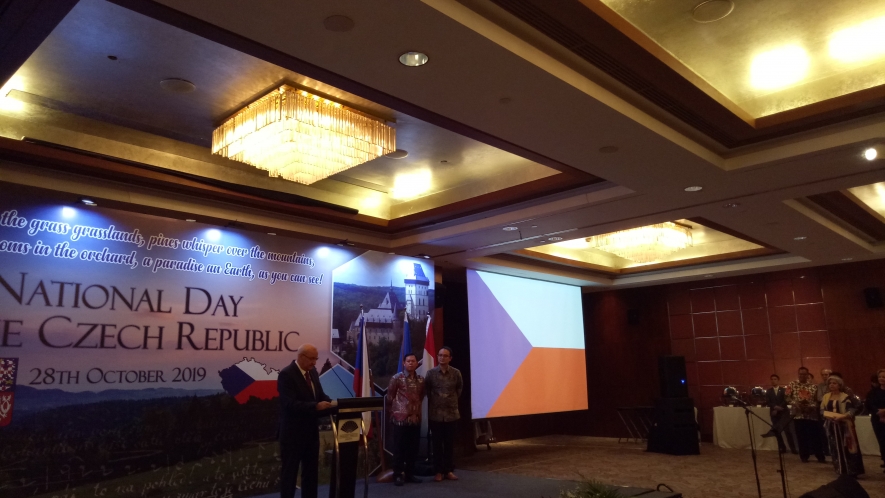 Indonesia and Czech will commemorate the 70th bilateral relations in March 2020. During the relation the two countries have firm cooperation and helped each other. When Indonesia was hit by natural disasters in Sulawesi and Lombok, for example, the government of Czech helped these regions by rebuilding schools destroyed by the disasters. Ambassador of Czech to Indonesia Ivan Hotec said this on his speech at the commemoration of Czech National Day in Jakarta on Monday night (Oct 28).

“Our government has naturally brought the helping hand to the people in needs after the natural disasters on Sulawesi by significant aids and on Lombok by rebuilding elementary schools, thanks to activities of Happy Hearts Indonesia founded by the Czech personalities,” said Ivan Hotec.

Moreover, Ambassador Ivan Hotec  also explained that the government of Czech totally pays attention on natural conservation and environment in Indonesia, from Aceh until Papua. In addition, the governments of Czech and Indonesia have been very active in exchange of cultures, education and cooperation in the fields of tourism, investment, trade and technology. At the end of his speech, Ambassador Ivan Hotec, expressed his congratulation to the newly elected President and Vice President of Indonesia, Joko Widodo and  Ma’ruf Amin. (VOI/AHM)