Rachmat Gobel Mentions 5 Strengths of Cooperation between Indonesia and Turkey 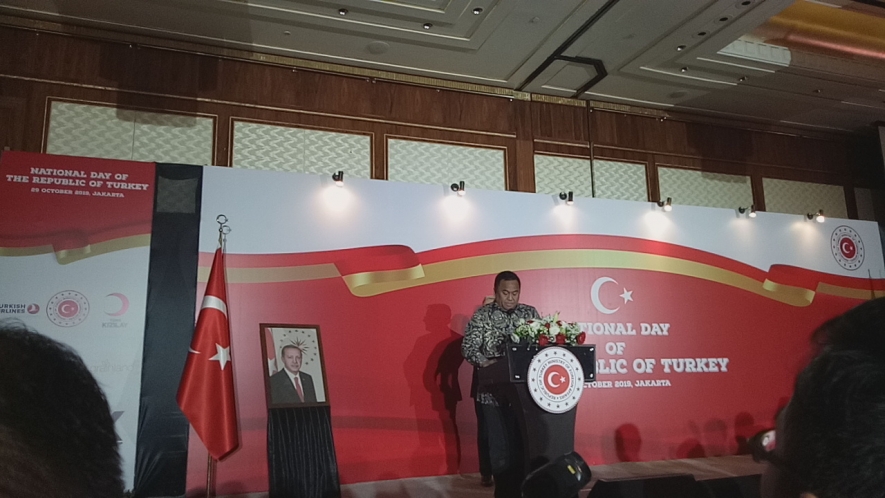 Deputy Chairman of the Indonesian House of Representatives (DPR), Rachmat Gobel, conveyed the 5 strengths of cooperation that Indonesia and Turkey have in establishing bilateral relations. This was conveyed by Rachmat Gobel in his speech representing the Indonesian government at the 96th Turkish National Day reception in Jakarta, Tuesday night (29/10). Rachmat Gobel said the strengths were strategic industries, trade, investment, tourism and education. In the field of strategic industries, Rachmat Gobel said that Indonesia and Turkey jointly produce Harimau Medium Tanks. While in the field of trade, the trade value between Indonesia and Turkey reached 1.79 billion US dollars in 2018, an increase of 4.7 percent compared to 2017. Gobel added, the two countries must work even harder to reach the target of 10 billion US Dollars.

"Our trade value has reached 1.79 billion US dollar in 2018, an increase of 4.7% compared to 2017. We need to work even harder to achieve the target of 10 billion US dollar in 2023 which was set by our two leaders in Ankara in 2017. For the purpose, the two countries need to accelerate the conclusion of Indonesia - Turkey Comprehensive Economic Partnership Agreement (IT-CEPA)," said Rachmat Gobel.