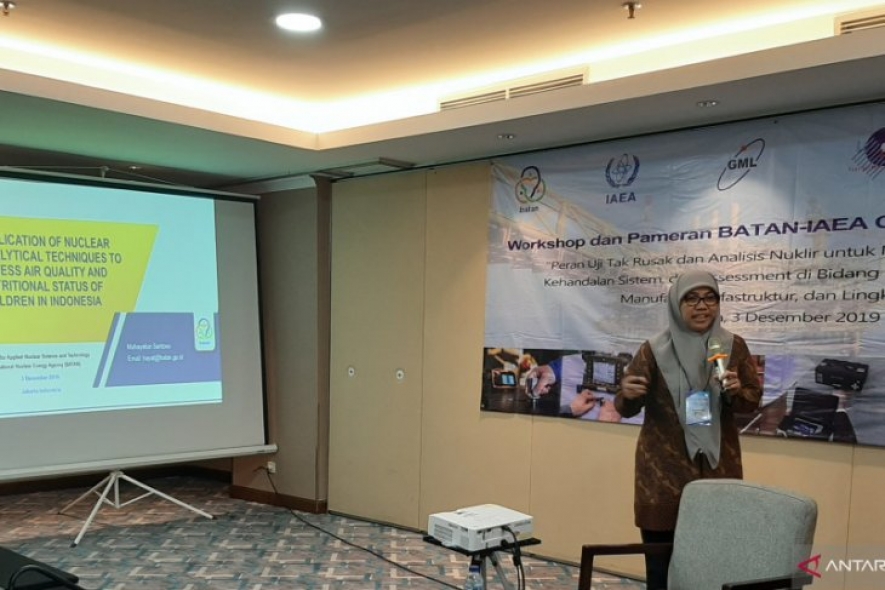 The National Nuclear Energy Agency (BATAN) has developed a nuclear-based analysis which can identify an air pollutant and its origin, a researcher said at a workshop of BATAN-IAEA Collaborating Center in Jakarta, Tuesday. "We shoot an x-ray and gamma-ray to the dust particle (to identify the kind and origin of the matter)," BATAN's air quality researcher, Prof Muhayatun Santoso said.

Following the procedure, the researcher will be able to identify not only the mass concentration but also its variety. Therefore, this procedure differs from the conventional real-time analysis which would reveal the matter's concentration. For years, Santoso collected hundreds of samples of air pollutants from across the country. By observing a large number of samples, researchers could map out types of air pollutants and their origins.

For Santoso, her technology can be used for anticipating land forest fires, mainly to map out the origin of haze and sources of air pollutants whether it was caused by natural disasters or man-made activities. (ANTARA)