The Future of Indonesia's Defense Industry 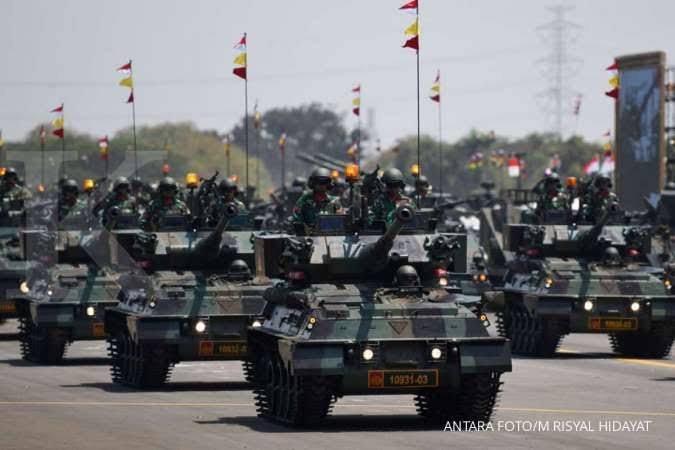 President of the Republic of Indonesia, Joko Widodo visited the KRI Alugoro Submarine - 405 in Surabaya, East Java on Monday (1/27/2020). The Alugoro submarine is the third vessel in the first batch of submarine development cooperation between PT PAL Indonesia and Daewoo Shipbuilding and Marine Engineering (DSME) from South Korea. The success of Alugro submarine construction has confirmed that Indonesia is currently the only country in the Southeast Asian region, capable of building submarines. Indonesia targets to build ten submarines by 2025.

The defense industry is one of the focuses of President Joko Widodo's administration. In a limited meeting on Development Policy of the Main Weaponry System at PT PAL in Surabaya on Monday, the development of the defense industry was discussed. President Joko Widodo wants to ensure that the defense equipment development program can strengthen Indonesia's defense industry. He also explained, spending in the State Revenue and Expenditure Budget which reached Rp127 trillion was directed to the defense industry. In the limited meeting, President Joko Widodo also expressed his hope that the Indonesian defense industry could meet the domestic market. Meeting domestic demand is a top priority.Law No. 16/2012 about the Defense Industry mandates the fulfillment of the demand for Defense and Security Equipment. At present, Indonesia has dozens of State-Owned Enterprises in the field of defense, such as PT Dirgantara Indonesia (PT DI), PT Dahana, PT Indonesia Nuclear Industry (Inuki), PT LEN Industri, PT Pindad, and PT INTI. The Defense Industry must convince the users of the defense industry, namely the Indonesian Armed Forces -TNI that the products produced can meet the minimum requirements of the essential force of the TNI. Trust in the products of the Domestic Defense Industry must be strengthened. Take for example, PT PINDAD, which has a production capacity of up to 250 million rounds of ammunition each year, can easily meet the needs of the TNI.

The existence of the Indonesian defense industry must be broadened. Thus, the products produced must not only be able to meet the minimum basic strength of the TNI, Polri and Ministries and other institutions, but also produce products to overcome threats to defense and security, such as border waters crises, terrorism, drug smuggling, and cyber-attacks. President Joko Widodo's message in the limited meeting is that Indonesia must be able to develop the main weaponry system that absorbs and adopts the development of the latest digital military technology and is able to overcome the leap of military technology in the next 20, 30 or 50 years. This will aid in Indonesia developing a defense industry that is advanced, strong, independent and competitive.