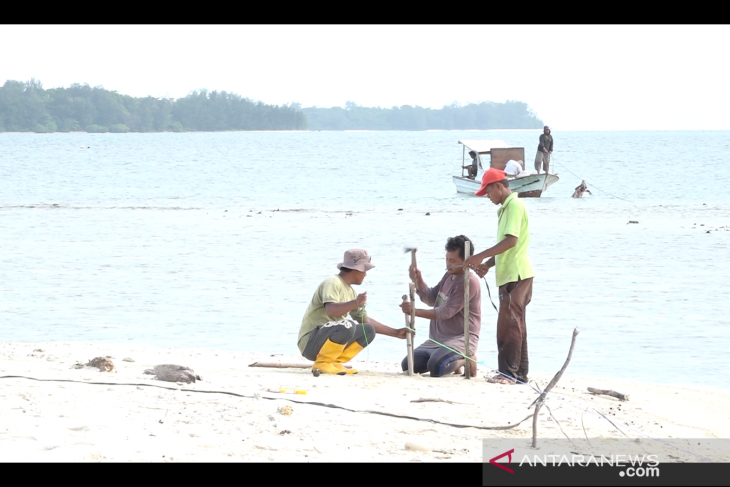 Jakarta - Workers have begun construction of a helipad for use in the possible evacuation of 188 Indonesian citizens on Sebaru Island, Thousand Islands, DKI Jakarta Province. Based on Antara's observations on Tuesday, workers transported empty sacks, iron and other equipment from the dock in the western part of the island to the island’s southern coast. The empty sacks are being filled with beach sand and piled along the shoreline to prevent rising sea waters from reaching the helipad, which is expected to be completed in the next two days. Earlier, Commander of Joint Regional Defense Command I (Pangkogabwilhan) Vice Admiral Yudo Margono had alerted a helicopter to prepare evacuations from Sebaru Island to carry Indonesian citizens if they were exposed to the coronavirus. Three helicopter units were prepared at Pantara Island, Halim Perdanakusuma Air Base and onboard the KRI Banda Aceh (593). "We have prepared if the worst happens," Yudo said. Dream Cruises reported earlier that Hong Kong's Department of Health had confirmed that all guests and crew onboard World Dream had cleared extensive health screenings and temperature checks. All samples taken from the 1,814 crew members tested negative for COVID-19, Dream Cruises officials confirmed. (ANTARA)