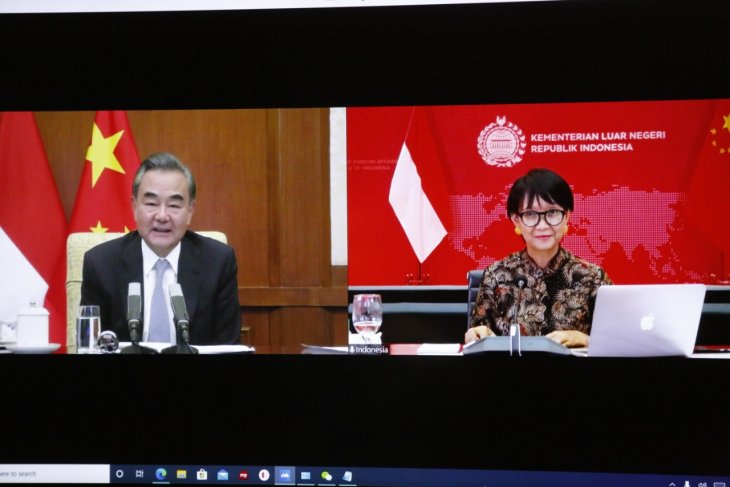 Expressing concern over the escalating tensions in the South China Sea, Indonesia has urged China to abide by international laws, including the United Nations Convention for the Law of the Sea (UNCLOS), in settling disputes.During a virtual bilateral meeting on Thursday with her Chinese counterpart, Wang Yi, Indonesian Foreign Affairs Minister Retno Marsudi said there is a need for China, as a signatory to the Treaty of Amity and Cooperation, to abide by the the code of conduct while trying to resolve disputes related to the South China Sea with Southeast Asian countries."The Treaty of Amity and Cooperation (TAC) has been accessioned by many countries, including China, the United States, India, Australia, Japan, and South Korea. It is the obligation of those countries that have accessioned (to the TAC) to abide by its principles," Marsudi said in a media briefing.The Foreign Minister stressed that dialogue is the best way to resolve conflicts and highlighted the consistent principle upheld by Indonesia in addressing the struggle for territory and power in the South China Sea: that of respecting international laws.Indonesia believes that peace and stability in the South China Sea region can only be maintained if all countries respect and implement all relevant international laws, including the 1982 UNCLOS."I invite all parties to continue to prioritize cooperation and collaboration, rather than adverse rivalry," said Retno.The situation in the South China Sea recently escalated again, with the US sending two aircraft carriers into the contested waters.In a statement released on July 17, 2020, the US Navy stated that USS Nimitz and USS Ronald Reagan were operating in the South China Sea to strengthen US commitments to a free and open Indo-Pacific.The presence of the two US aircraft carriers in the waters was not in response to political or global issues, rather, it was in connection to souring relations between the US and China over a number of issues ranging from the COVID-19 outbreak to the situation in Hong Kong, according to the statement.A number of countries in the region, namely Brunei Darussalam, Malaysia, the Philippines, and Vietnam have opposed China's claims on around 90 percent of the South China Sea waters. The disputed area serves as a trade channel, and registers nearly US$3 trillion (equivalent to Rp44,264 trillion) in goods traffic per year.China held military exercises in the contested waters earlier in July, 2020, which drew censure from Vietnam and the Philippines.Meanwhile, in a rare move, the US sent the two aircraft carriers into the South China Sea for what it referred to as “preliminary exercise” . (ANTARA)