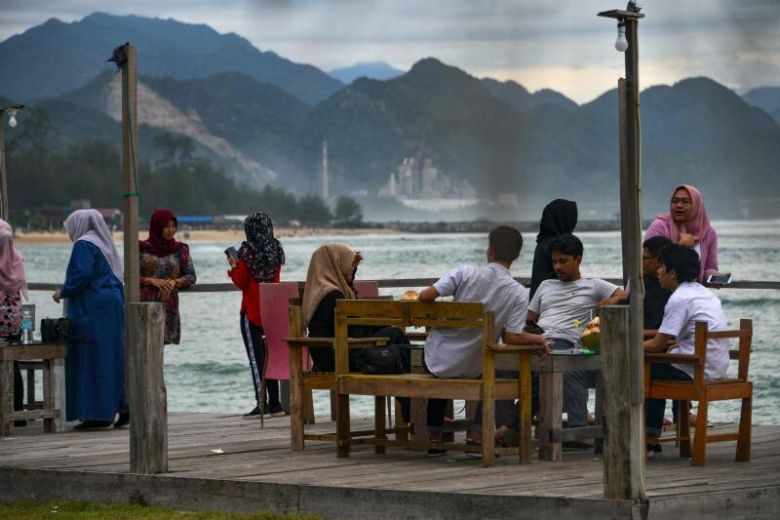 The Indonesian government has urged people to "come out of their homes" to boost the economy, warning that there are limits to what state coffers can do amid the Covid-19 pandemic."The economic activity has drastically been reduced, as many do not dare leave home, as they avoid meeting others physically. Meanwhile, virtual activities - in place of the usual physical contacts - have not adequately fuelled the economy," said Budi Sadikin, head of the economic recovery task force in the government's Covid-19 response team.

"If we continue to remain in (partial) lockdowns, our fiscal space would no longer be sustained," he added.Budi's appeal on Wednesday (July 29) comes as it appears the country could be heading for a recession with a second quarter of negative growth. The forecast is for growth in the April to June quarter to be at least minus 3 per cent.The government has set aside 695 trillion rupiah (S$66.8 billion), or about 4.2 per cent of the country's gross domestic product, to mitigate the impact of the pandemic which has led to millions of job losses.Despite struggling to curb the spread of Covid-19, cities and provinces across the sprawling archipelago have gradually eased restrictive measures imposed as part of partial lockdowns. The world's fourth-most populous country, with 270 million people, declared its first infections in early March.The overall number of infections in Indonesia totalled 104,432 as of Wednesday, with fatalities reaching 4,975. Both figures are the highest in South-East Asia.Offices in the capital of Jakarta started to reopen in the first week of June, with workers put on a staggered roster and going to the office on alternate days. They have also been told to avoid crowding at meal times and in lifts. Shopping malls were also allowed to reopen in mid-June.Bali, Indonesia's tourism hot spot, is due to reopen on Friday to domestic tourists and to foreign tourists possibly on Sept 11.A slew of strict protocols has been put in place, including requiring visitors to show proof that they tested negative for Covid-19. would be required. The planned reopening to foreign tourists is subject to approval from Jakarta.While stressing the need for strict health safeguards, Budi on Wednesday reassured people about going about their normal business."Doctors today know better how to treat patients, so chances of recovery have much improved. They have higher therapeutic standards, health protocol standards and antiviral drugs are widely available," he said."A hundred years ago, 100 per cent of dengue patients didn't make it. Today, if we get dengue, we may recover. This is not because of a vaccine, but better therapeutic standards," he added.Government data shows the recovery rate of Covid-19 patients in the country rising to above 40 per cent in July, from 37 per cent, 22 per cent, 10 per cent and 4 per cent in the previous four months respectively.Epidemiologist Pandu Riono, who teaches at the faculty of public health at the University of Indonesia, remained sceptical about encouraging people to enter a "new normal", saying that this could only be possible with increased surveillance and strict health protocols - the wearing of a mask, frequent hand washing and social distancing - in place."Key to surveillance is massive testing, contact tracing and isolating cases. We need to have 100,000 tests per day to contain the pandemic. If we don't achieve this, we may still see cases climb next year," Dr Pandu told The Straits Times.Between 20,000 and 30,000 polymerase chain reaction (PCR) tests are currently taken every day. (The New Straits Times/Asian News Network)