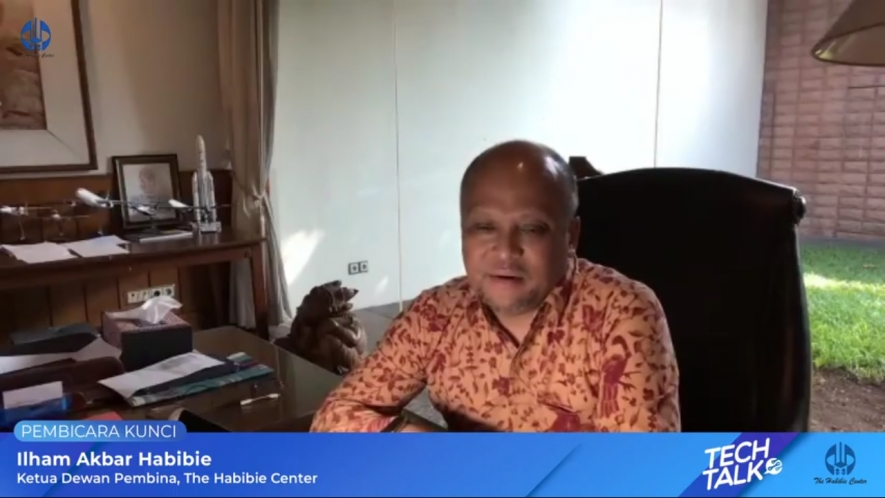 Ilham Habibie, Chairman of the Board of Trustees of The Habibie Center, in a virtual seminar, themed "The Journey of the National Aerospace Industry" in Jakarta, Friday (7/8/20). Screen shot webinar The Habibie Center

Jakarta (VOI News) - In the current pandemic situation, the world’s air traffic has decreased by approximately 80 percent. This is different from the situation during the economic crisis and after the 11 September 2001 incident where air traffic only dropped by 20 percent at the most. This was conveyed by Ilham Habibie, Chairman of the Board of Trustees of The Habibie Center, in a virtual seminar, themed "The Journey of the National Aerospace Industry" in Jakarta, Friday (7/8/20). However, Ilham Habibie added, behind these threats, the Indonesian aerospace industry will be able to get through all of this due to the lack of competitors.

"However, I still have the hope that if we someday, in sha Allah, in the not too distant future from now, can go through this, later the structure of the aerospace industry in all sectors will actually be healthier because inevitably there are some competitors who may no longer be able to. compete because they’re out of business. But with fewer competitors and healthy growth, hopefully the industrial structure that we see in Indonesia will also follow this trend and will become healthier," said Ilham Habibie.

A virtual seminar "The Journey of the National Aerospace Industry" was held by The Habibie Center to commemorate 25 years of National Technology Awakening Day. August 10, 1995 was a milestone in the history of technological revival in Indonesia. On that day, the N-250 Gatotkaca aircraft made by the Indonesian people successfully flew for the first time. This aircraft with advanced technology was the mandate of the first President of the Republic of Indonesia, Sukarno, embodied by the third President of the Republic of Indonesia, BJ Habibie. The goal was to connect the Indonesian archipelago. (VOI / Release The Habibie Center / AHM)