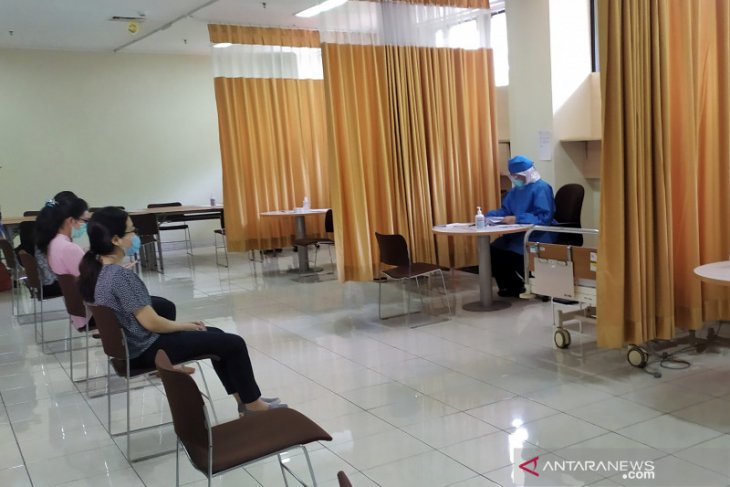 PT Bio Farma Director Honesti Basyir has made assurance that Indonesians will be prioritized during the distribution of the COVID-19 vaccine after passing the clinical trial period and securing permission for production."The priority is for domestic (use) first," Basyir stated at the Padjajaran Institute Hospital in Bandung, West Java, on Tuesday.As per calculations, 160 million Indonesians will be prioritized to receive the vaccine that originated from China's Sinovac.  The Bio Farma director noted that each individual will have to be administered two doses of the vaccination."Next year, the target is set to vaccinate 160 million members of the population, with each individual receiving two doses, thereby translating to the fact that we will require to prepare 320 million doses," he stated.Basyir noted that once the vaccination requirements for Indonesians were met, Bio Farma will then consider exporting the vaccine to other countries.Currently, the company is awaiting the conclusion of the clinical trial process as well as the licensing phase from the Food and Drug Supervisory Agency (BPOM) that is targeted for completion in January 2021.Furthermore, Basyir stated that Bio Farma had an annual production capacity of 100 million vaccines. By December 2020, the company will have a new building, thereby leading to another 150 million doses being added to their annual production."The president is looking at a new building that can result in the added production of 150 million doses per year. It will be completed in December. Thus, in terms of capacity, we will be ready (to produce) 250 million doses in December," he expounded.In the meantime, President Joko Widodo was optimistic that the vaccine, still under the clinical trial phase, would be able to tackle the COVID-19 pandemic in Indonesia while prioritizing its citizens."We are optimistic that with the finding of the vaccine, we would be able to distribute vaccines to all Indonesians," he added. (ANTARA)