Total Denuclearization is an Important Element for International Peace and Security 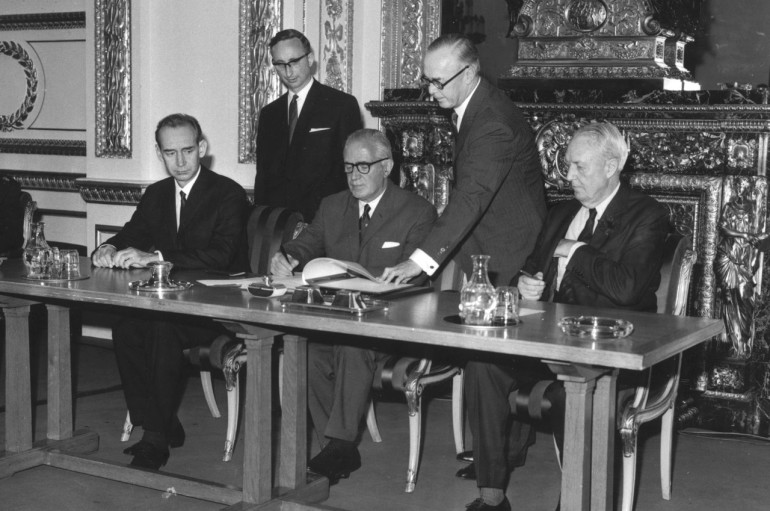 Minister of Foreign Affairs of the Republic of Indonesia, Retno Marsudi said that since the establishment of the UN 75 years ago, and since the signing of the Nuclear Non-Proliferation Treaty (NPT) 50 years ago, the world is still far from a complete elimination of nuclear weapons. In the High Level Meeting of Commemoration and Promotion of the International Day for the Total Elimination of Nuclear Weapons which was held virtually on October 2, 2020, Minister Retno Marsudi explained that the absence of progress in efforts to eliminate nuclear arsenal had resulted in a decline in trust among countries in the world.

As quoted on the kemlu.go.id page (03/10), Minister Retno Marsudi also underlined three important points to achieve the total elimination of nuclear weapons: First, there must be the implementation and enforcement of the Nuclear Non-Proliferation Treaty. In this regard, she said that full participation and commitment from all countries, including countries with nuclear weapons, is essentially needed. The second point is to strengthen the mechanism and architecture of global disarmament. Several disarmament mechanisms such as the Conference of Disarmament, the prohibition of comprehensive nuclear testing and other mechanisms must be pursued in order to achieve the goal of total elimination of nuclear weapons. Meanwhile, the third is to ensure that nuclear disarmament provides tangible benefits to global prosperity.

In addition, Minister Retno emphasized that the Covid-19 pandemic is a reminder of the world's nations that human and humanitarian protection can only be achieved through global solidarity and not through nuclear weapons.Minister Retno in her closing speech said that on the one hand, maintaining the existence of nuclear weapons does not provide benefits to the world (zero-sum). On the other hand, the complete elimination of nuclear weapons will precisely ensure the survival of mankind. The High Level Meeting for Commemoration and Promotion of the International Day for the Total Elimination of Nuclear Weapons is part of the 75th UN General Assembly (SMU) High Level Meeting which is taking place from 21 September 2020 up to now.