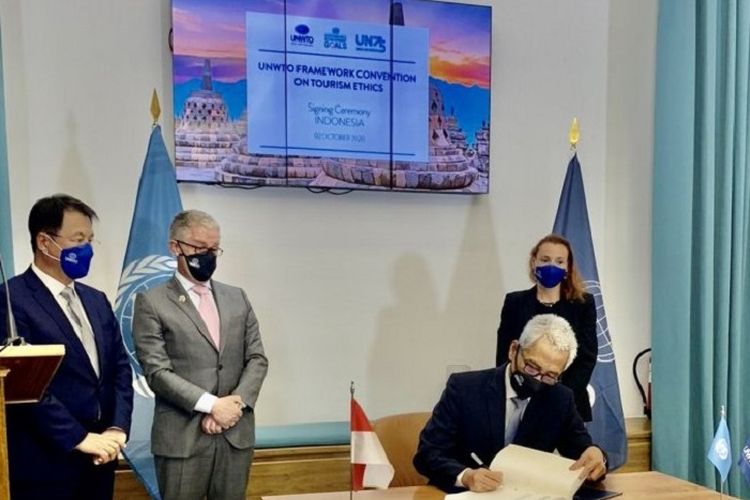 Indonesia wants to be a pioneer in developing sustainable tourism and preserving the environment, local culture, and human rights, including the economic life of people in post-COVID-19 tourism areas. This was conveyed by Indonesian Ambassador to the Kingdom of Spain and the representative of Indonesia at UNWTO (World Tourism Organization), Hermono. As reported by Antara London, Monday, 5/10 in connection with the signing of the UNWTO Framework Convention on Tourism Ethics (UNWTO FCTE) in Spain, Ambassador Hermono said that Indonesia was the first country to sign the UNWTO FCTE or tourism ethics framework convention. Ambassador Hermono represented the Government of Indonesia in signing the UNWTO FCTE which is an international convention to promote fair, inclusive, and transparent tourism.