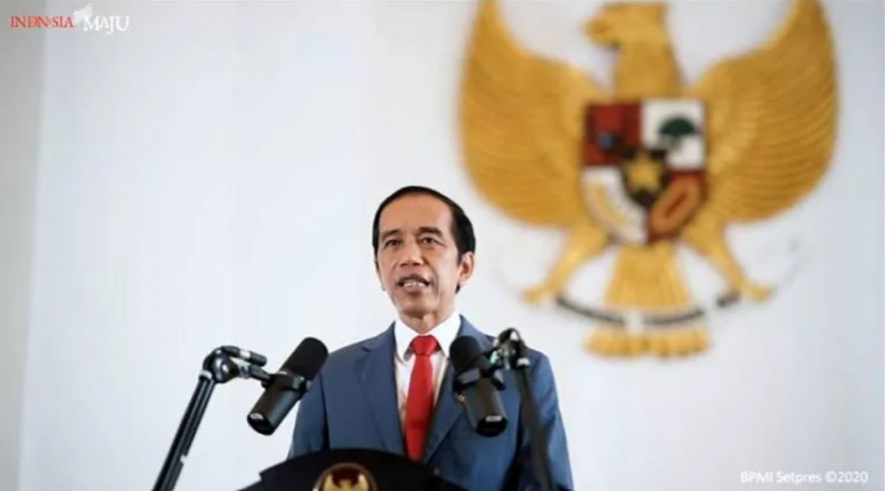 President Joko Widodo conveyed 6 benefits of Law No. 11 of 2020 concerning Job Creation in front of participants of the 2020 APEC CEO Dialogues meeting.

Jokowi, who was one of the speakers at the APEC CEO Dialogues 2020, was virtually broadcast on the Presidential Secretariat YouTube channel on Thursday.

According to the President, the Job Creation Law can make the requirements for investment simpler, business licensing for micro and small businesses is no longer needed and registration is sufficient.

"Second, illegal fees and corruption are cut by integrating the entire licensing process into the electronic licensing system through the Online Single Submission (OSS) system," said the President.

The third benefit, business activities and investing is made easier and the formation of a limited liability company is made simpler and there are no more restrictions on minimum capital.

"The processing of patents and brands has also been accelerated. Acquisition of land and land for public interest and investment is much easier," said the President.

"Business licensing services in these areas will be carried out in a matter of hours, with fiscal facilities integrated into the OSS system," the President added.

Fifth, Indonesia will also form a "sovereign wealth fund" which will manage and place a number of funds and/or state assets directly or indirectly and cooperate with third parties.

"Sixth, the Omnibus Law on Job Creation protects and enhances the role of workers in supporting investment in Indonesia, including providing legal certainty in regulating minimum wages and severance pay," said the President.

According to the President, the government's main objective in the Job Creation Law is to create a business climate and quality investment for business players, including MSMEs and foreign investors.

"Overlapping regulations and complicated procedures were trimmed, convoluted bureaucratic licensing chains were cut, illegal levies that had hindered business and investment were also eradicated. We still prioritize our commitment to protecting the environment, and are environmentally friendly," said the President.

To that end, President Jokowi invited CEOs and business actors in the Asia-Pacific region to feel the positive impact of various potentials and incentives from the economic policies issued by Indonesia during this pandemic.

"Let's get up together and work together to restore the health of the people and the regional economy, as well as make leaps of progress for economic success in the region," he stressed. (Antaranews)