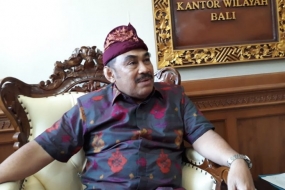 The Law and Human Rights Ministry’s Office in Bali Province barred 89 foreign nationals from entering the resort island as of Thursday as part of the precautionary measures against the spread of coronavirus."As of this morning, 89 foreign nationals were denied entry into Bali. They came from various countries. However, I have yet to receive the exact number of applications for extended emergency stay permits until now, but the number is roughly more than 300," Chief of the Bali Provincial Office of the Law and Human Rights Ministry Sutrisno stated on Thursday.The extended emergency stay permits are valid for a month after which the applicants must return to their country. If within that period of time, they have not returned home, they will be given extension facility, he noted."To be certain, the emergency extension is free of charge. Since the facility is emergency, it is exempt from charge. The Chinese consulate has been here, so it will be responsible for Chinese citizens here to obtain other facility, if the need arises," he remarked.He explained that if the Chinese tourists had overstayed their extended emergency permits but were facing financial difficulties and were in need of other facility, the Chinese consulate general in Denpasar will directly handle them."The consulate must be responsible for the Chinese citizens in the same way as our consulates abroad do," he noted.The decision to bar entry to 89 foreign nationals and extend stay permits is based on Law and Human Rights Minister’s Regulation No. 3 of 2020 on suspending visa-free and visa-on-arrival for Chinese citizens, he remarked.The 89 foreign nationals comprised 12 each from Russia and the United States; eight from Ukraine; seven from Kazakhstan; six from Canada; four each from Brazil and Kyrgyzstan; three each from Armenia, New Zealand, and Britain; two each from Morocco, Australia, Brazil, and Spain; while one each from Romania, China, Tajikistan, Ghana, Moldova, Malaysia, Uzbekistan, Germany, Austria, Egypt, Italy, France, Thailand, Britain, India, Turkey, Peru, Chile, and Sweden. (ANTARA) 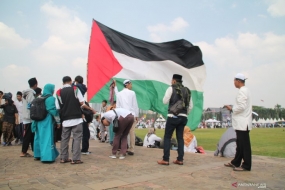 The Indonesian government's action in responding, defending, and fighting for the fate of Palestinian people reflects anti-colonial policies, according to the Indonesian Ulema Council (MUI)."Indonesia’s stance reflects anti-colonialism as stated in the opening of the 1945 Constitution. It is also apparent from Indonesia's consistent action," MUI General Secretary Anwar Abbas noted in a written statement received here on Thursday.According to the mandate of the 1945 Constitution, independence was the right of every nation.Abbas believed Indonesian people will support Minister of Foreign Affairs Retno Marsudi to fight for humanity and justice."Good luck to the minister of foreign affairs," he stated.US President Donald Trump and Israel had influenced the United Nation (UN) members to support the mission to reject the Palestinian people's sovereignty over Jerusalem.The Indonesian government has consistently supported the Palestinian people's sovereignty and been courageous to speak the truth.However, Indonesia will face a severe challenge from the superpower country and its allies over its stance."Indonesia and Tunisia will fight and initiate a special UN Security Council meeting to discuss the fate of the Palestinian nation and its people," Abbas stated. (ANTARA) 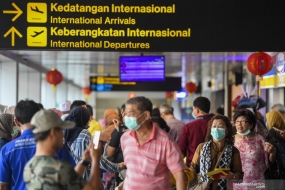 The Bandung Immigration Office, West Java, has prepared special visa extension for the area’s Chinese nationals over most flights from Indonesia to China cancelled over the Coronavirus outbreak plaguing the country in the past months."We have received instruction from the Immigration Directorate General Office to provide a special stay permit extension for Chinese nationals living here," Bandung Immigration Office Chief, Uray Avian stated in Bandung City, Thursday.The chief expounded that steps for requesting a stay permit extension will remain unchanged, but no new fingerprint and biometric data was captured by the officers."The two steps will be omitted since we avoid direct physical contact (with foreigners)," Avian remarked.Chinese tourists were recorded as the largest group of foreign travelers visiting Indonesia during the 2016-2017 period. Indonesia had received at least 1.97 million Chinese tourists in 2017, and the figure increased to 2.7 million in 2018.However, the number has dropped significantly this year, chiefly after the World Health Organization declared the coronavirus outbreak as a global health emergency on January 30. (ANTARA)

No Indonesians in China infected by coronavirus: Embassy 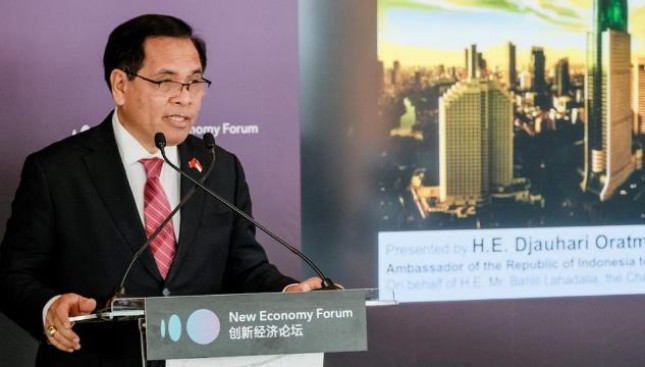