University of Indonesia’s (UI) management institute's managing director, Toto Pranoto, said the State-owned Enterprises (SOEs), Minister Erick Thohir must come up with a grand strategy for the next five years.He also argues that Erick Thohir has not made it clear yet, whether he would continue the holding company concept carried by the previous SOEs minister Rini Soemarno or whether he plans to establish an entirely new strategy. However, Toto Pranoto expressed appreciation towards the minister’s commendable short term policies which coincide with President Jokowi’s first 100-days in office. He highlighted several attempts by Erick Thohir in fixing a number of problems embedded in Indonesia’s state-owned enterprises, through reconstituting good corporate governance. (Tempo) 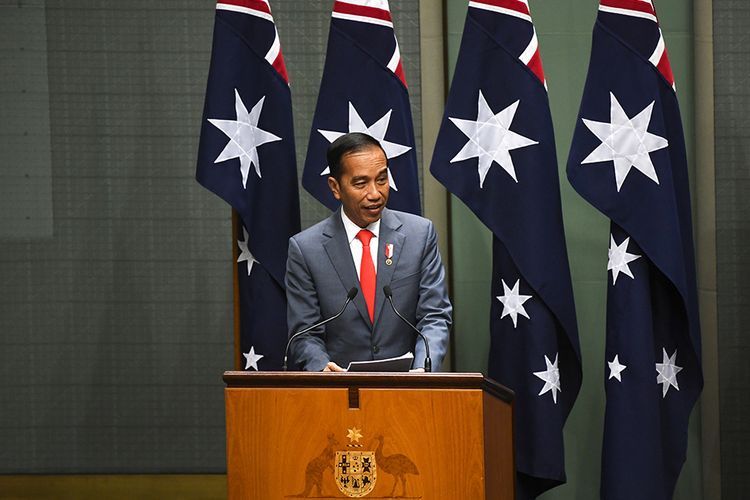 Indonesian President Joko Widodo attended a state lunch hosted by Australian Governor-General David Hurley at the Government House in Canberra, Australia on Sunday (Feb/9). The state banquet was part of the welcoming ceremony agenda for the Indonesian president. The state lunch was also attended by Australian Prime Minister Scott Morrison. In his state visit, President Joko Widodo said that it is his first visit to Canberra. His visit to the state is also in conjunction with the 70th anniversary of diplomatic relations between Indonesia and Australia. During his visit to to Canberra, the President said, the world has been facing various complexities such as the novel coronavirus outbreak in Wuhan Province, China as well as the land and forest fires in Australia. President Joko Widodo said that the Indonesian Government is committed to maintaining good relations with its neighbouring countries including Australia. Meanwhile, Australian Governor-General David Hurley extended his appreciation to the Indonesian Government for helping Australia overcome land and forest fires. (Ant/Trs.AL) 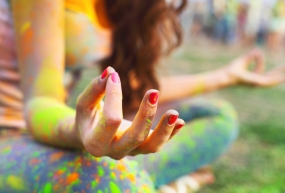 The annual yoga, dance and music festival, the Bali Spirit Festival, is set to return to the Island of the Gods from March 29 to April 5.

As reported by tempo.co, over 140 yoga, dance and music instructors from across the globe will be featured in the event's various scheduled programs.

"The participants will also come [to the venue in Bali Purnati Foundation, Sukawati, Gianyar] from across the globe," added Gianyar Tourism Agency head Anak Aung Gde Putrawan on Sunday.

The yoga class is open to all levels, including beginners. The music program, called World Music Nights, will be held every night throughout the festival.

On Sunday, the last day of the event, the 2020 Bali Spirit Festival will end with Community Day, featuring local and international games, organic and vegan foods and shopping opportunities for handicrafts, clothes and jewelry.(JAKARTA POST) 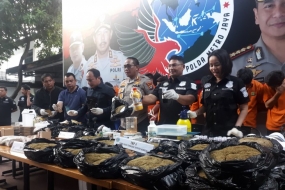 Thirteen suspects had been arrested in connection with the drug case of Gorilla tobacco, Spokesman of the Jakarta Metropolitan Police Sen.Coms Yusri Yunus said here on Sunday.The suspects, only identified by their initials as RS, MT, FB, PRY, MA, IL, RD, AR, MN, WA, RT, ARN, NH, and RTF, were apprehended in different places around Jakarta and Subaraya, the capital of East Java, during a series of recent drug raid operations, he said.The police investigators also unveiled a factory producing this synthetic drug, and confiscated more than 28 kilograms of Gorilla tobacco, a type of drug that could make its users act aggressively and suffer lose of consciousness, Yunus said.The factory was located in an apartment in Surabaya, he said, adding that the police charge the suspects with articles 114, 112, and 132 of the Indonesian Drug Law which could lead them to death penalty, life imprisonment, or 20 years in jail.As part of the war on drug, the Jakarta Metropolitan Police have been attempting to fight against those using online shopping facilities and social media platforms for drug trafficking.Indonesia remains under grave threat from drug dealers, as several individuals from its working-age population have been embroiled in a vicious circle.Both domestic and transnational drug dealers perceive Indonesia as one of their potential markets due to its large population and millions of drug users. The drug trade in the country is estimated to reach nearly Rp66 trillion.According to the National Narcotics Agency's (BNN's) report, some 50 drug use-related deaths occur in a day in Indonesia. However, their deaths have failed to deter other drug users in the country from consuming these banned substances.Users of crystal methamphetamine, narcotics, marijuana, and other addictive drugs transcend communities and socio-economic and cultural backgrounds.In selling this illicit drug, many drug dealers reportedly recruit teenagers. Denpasar Police Chief Sen. Coms. Ruddi Setiawan, for instance, recently revealed that a drug dealer in the Indonesian resort island recruited four teenagers to work as his couriers.The suspects were identified by their initials as AB (16), DB (13), GN (14), and SJ (16) while the drug dealer was Dogler. The latter asked them to place the drug packets at certain places, including flowerpots and poles, he said. (ANT)