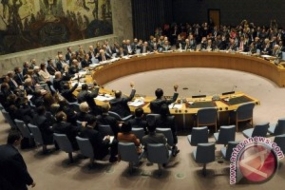 Committee II of the United Nations (UN) General Assembly, handling economic, financial, developmental, and environmental issues, has adopted 22 draft resolutions proposed by the Group of 77 (G-77) and Thiongkok. Indonesia played a vital role in the negotiation process at the Committee II by acting as facilitator for the resolution on financial inclusion and as a G-77 negotiator and coordinator for resolutions on science, technology, and innovation. G-77, currently led by Palestine, is a coalition of 135 developing nations. With the high level of struggle, the two resolutions were adopted by a consensus among all UN member states at a plenary session of the Committee II of UN General Assembly. "Indonesia's active role in Committee II reflects the Indonesian government's commitment not only to promoting its national interests but also struggling for developing countries' interests at the UN in the fields of economy, finance, and development," Vice Indonesian Permanent Representative to the UN Ambassador Dian Triansyah Djani noted in a written statement released on Wednesday. As a facilitator of the resolution on financial inclusion, Indonesia led and facilitated negotiations among all UN member states and negotiation groups in the UN, such as the G-77, European Union, and CANZ (Canada, Australia and New Zealand). The resolution encourages the increased development of public economy and digital innovations in the financial sector. Indonesia, along with Thailand, also played a role as the coordinator of G-77 for the resolution on science, technology, and innovation to fight for the interests of developing nations in the fields of science, technology, and innovation, especially to achieve the Sustainable Development Goals (SDGs). The resolution on science, technology, and innovation contains various elements in accordance with the interests of developing nations, including international cooperation in capacity building, exchange of knowledge, and transfer of technology.//antara 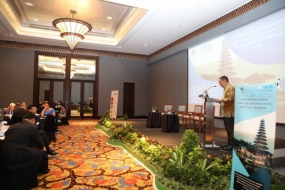 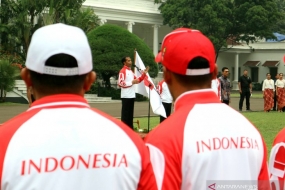 President Joko Widodo on Wednesday released the Indonesian contingent for the 30th SEA Games and appealed to the athletes to grant Indonesia the top two position in the medal tally of the multi-sport event that the Philippines is hosting from November 30 to December 11. "I want us to emerge as the top two at the Philippines 30th SEA Games," President Joko Widodo (Jokowi) said in his speech, delivered at a ceremony releasing the Indonesian contingent at the Presidential Palace in Bogor, West Java. Jokowi said the Indonesian athletes were expected to improve their achievements in various international multi-sport events though it was not an easy task. However, with a solid fighting spirit and the support of 260 million Indonesians, the athletes should do their best to grab as many medals as possible at the Philippines 30th SEA Games, he said. At the ceremony, which was also attended by Youth and Sports Minister, Zainudin Amali, President Jokowi handed over a Red and White flag to the Chief of the Indonesian Contingent for the 30th SEA Games, Harry Warganegara. The opening ceremony of the biennial multi-sport event will be held on Saturday (November 30). The Indonesian athletes who just won 38 gold medals at the 2017 SEA Games in Kuala Lumpur will compete against those from the Philippines, Brunei Darussalam, Malaysia, Singapore, Thailand, Laos, Cambodia, Vietnam, Myanmar, and Timor Leste.//antara. A memorandum of understanding (MoU) on Technical Cooperation on Capital City Relocation and Development was inked between Indonesia and South Korea. "This (MoU) was signed by the Public Works and Public Housing Minister (Basuki Hadimuljono) and his South Korean counterpart. The cooperation concerns city development within the regional perspective, among other things," Foreign Affairs Minister Retno Marsudi notified the press at Hotel Lotte, Busan, South Korea, on Monday evening. President Joko Widodo (Jokowi) and South Korean President Moon Jae-in, on Monday, bore witness to the inking of the new capital city MoU and two other agreements. The two other agreements were respectively on conclusion of negotiations on the Comprehensive Economic Partnership (CEPA) between Indonesia and South Korea and on Visa Exemption for holders of Diplomatic and Official Passports of both nations. The MoU encompassed city planning and design as well as public works and housing development. "It includes engineering of construction, technology, and management covering roads, bridges, clean water, raw water, dams, flood control, drinking water, drainage system, waste management, domestic waste water, housing, and buildings," she elaborated. The forms of the cooperation comprise current information, experience, knowledge and technology sharing, expert assignment, capacity building, and cooperation in technical aspects that the two countries had agreed upon. While addressing several CEOs of major South Korean companies, Jokowi elaborated on his plan to relocate the capital city from Jakarta to East Kalimantan. "I think you have heard that Indonesia will move its capital city from Jakarta to East Kalimantan,” he stated. Indonesia will design a smart, green, safe, and inclusive capital city, he remarked. "Indonesia is open to establishing cooperation for relocation of this capital city. Once again, I invite you to strengthen our economic and trade cooperation as well as cooperation in investment between Indonesia and Korea," Jokowi remarked. Jokowi was in South Korea to attend the 2019 ASEAN-Republic of KOREA Commemorative Summit in Busan on Nov 25-26 to mark the 30th anniversary of dialogue partnership between the ASEAN and Republic of Korea.//antara.