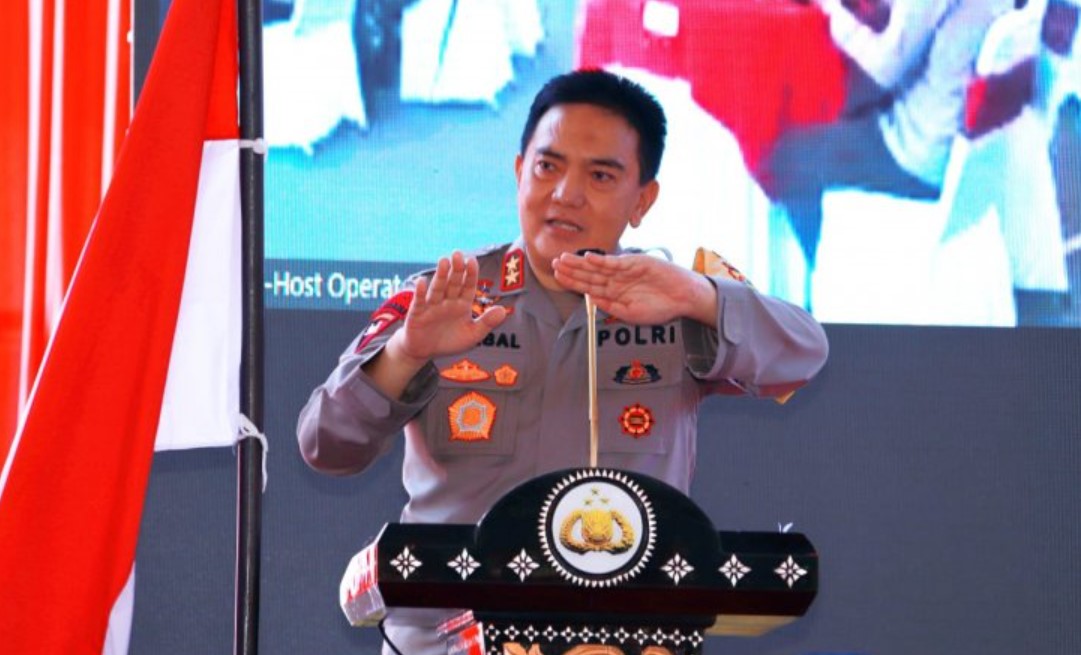 Mar. 2 - Some 1,172 army and police personnel in West Nusa Tenggara (NTB) participated in a virtual training on Tuesday to serve as COVID-19 vaccination officers.The COVID-19 vaccinator candidates comprised 955 members of the police and 217 members of the national army. Of the 955 members of the police force, 255 are health workers and 700 are non-medical personnel. In the meantime, of the 217 soldiers, 10 are health workers and 207 are non-medical personnel.The participants attended the training held virtually on Tuesday.At the opening of the TNI-Polri COVID-19 Vaccination Battalion training at the NTB Regional Police Headquarters in Mataram, NTB Regional Police Chief Inspector General Mohammad Iqbal affirmed that the army and police personnel, trained to serve as COVID-19 vaccination officers, will become part of the special battalion."This battalion will later be considered as a special force that will fight the massive spread of the corona virus," Iqbal remarked.The COVID-19 vaccinator battalion, comprising health and non-health workers, will be stationed in districts and cities to offer assistance in the COVID-19 vaccination campaign."The national army and police will assist the government in conducting massive vaccinations. Through the vaccinator battalion, the vaccination campaign is expected to be implemented smoothly," Iqbal stated. (Antaranews) 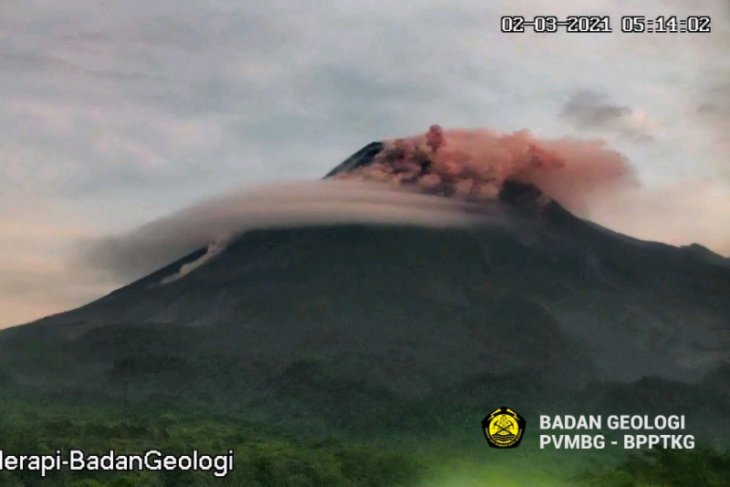 Mar. 2 - Mount Merapi, located on the border separating the Yogyakarta Special Region and Central Java, erupted twice on Tuesday, with hot clouds dispersed as far as 1.9 kilometers (km) away in the southwest direction.Head of the Geological Disaster Technology Research and Development Center (BPPTKG) Hanik Humaida noted in her press statement that Mount Merapi had erupted, with its first hot clouds rolling down from the peak at 5:11 a.m. local tiime."The eruption, with the emission hot clouds, was recorded to have an amplitude of 40 mm and lasted for 171 seconds. The hot clouds spread as far as 1.9 kilometers away to the southwest direction," Humaida remarked.The volcano erupted again at 5:29 a.m. local time, with the hot clouds dispersing as far as 1.2 km away to the southwest, while the amplitude was recorded at 40 mm and lasted for 95 seconds.Based on BPPTKG’s observations on Tuesday from 00.00 a.m. to 6 a.m. local time, Mount Merapi has erupted 17 times, with the lava spreading as far as 1.3 km away to the southwest.Two earthquakes were also detected within the active volcano, belching speeding hot clouds, recorded to have an amplitude of 40-60 mm and lasting 96-171 seconds, and for another 57 times, earthquakes were recorded to have an amplitude of 3-35 mm and duration of 12-103 seconds. For four times, earthquakes were also recorded to have an amplitude of 3-7 mm and last for 8-16 seconds.The BPPTKG declared the alert status for Mount Merapi at Level III.The lava and searing clouds of Mount Merapi are projected to impact areas in the south to the southwest that comprise Sungai Kuning, Boyong, Bedog, Krasak, Bebeng, and Putih.In the meantime, Mount Merapi's volcanic material could go as far as three kilometers from the mountain's peak. (Antaranews) 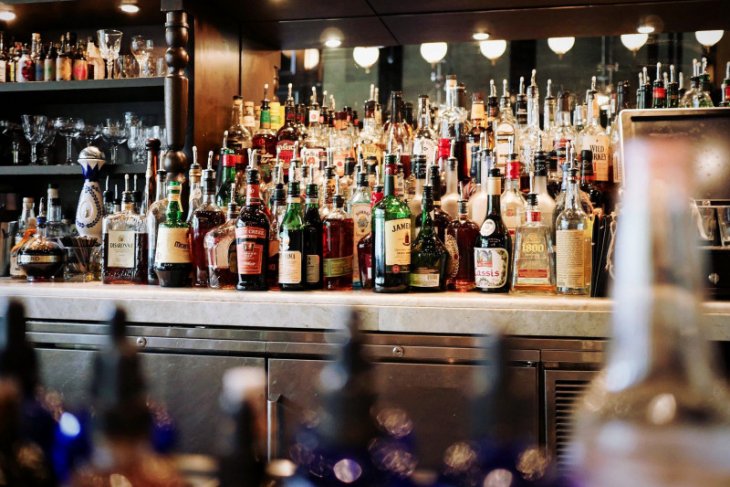 Mar. 2 - An economist put forth a suggestion that the Indonesian government should further prepare an alcohol consumption control policy as a follow up to Presidential Regulation No.10 of 2021 on Investment."The issue of alcoholic beverages is highly sensitive. Do not allow any presumption that through the presidential regulation, the government backs its people to consume liquor," Abdullah clarified.Abdullah, director of the Research Center of Reform on Economics (CORE) Indonesia, here, Tuesday, suggested imposing excise taxes as one of the measures to be taken by the government.Moreover, the government can ban the public from consuming liquor as part of enforcing its alcohol consumption control policy, he remarked.This further policy must be supported by clear and effective law enforcement, so that the government's investment permit for the liquor industry is not off-target from that stipulated in the presidential regulation, he explained."Keeping people away from liquor consumption is another policy context," he affirmed, adding that the presidential regulation can help to boost the regional economy."The presidential regulation offers the investment permit for the liquor industry but not to all Indonesian provinces, and this is bottom-up based," Abdullah pointed out.The investment permit could be issued if the governor, as the top regional leader, sent a proposal for that, he noted in a press statement made available to ANTARA.President Joko Widodo signed Presidential Regulation No.10 of 2021 on Investment on February 2, 2021, opening up investment in the alcoholic beverages industry in the provinces of Bali, East Nusa Tenggara, North Sulawesi, and Papua.Filep Wamafma, a member of the Regional Representatives' Council (DPD), who represents West Papua's electoral area, made an earnest request to President Widodo to revoke the investment permit."We appeal to Mr. President to revoke the government's investment permit for the alcoholic beverages industry in Papua," he noted in a press statement issued on Saturday.Wamafma cautioned of a rise in the crime rate following liquor intake in the country's easternmost province.The presidential regulation has been issued as a follow-up to the job creation law passed by the House of Representatives (DPR) last year."Referring to the presidential regulation, the liquor industry may obtain investment from both foreign and domestic investors," Wamafma remarked.Investment in the liquor industry could also come from cooperative units and small and medium enterprises, he noted.ANTARA has earlier reported on the gravity of the alcohol consumption problem in Papua despite a ban on the production, distribution, and sale of liquor in the province since 2016.The consumption of alcoholic beverages is believed to have contributed to the shortened life expectancy of native Papuans. (Antaranews) 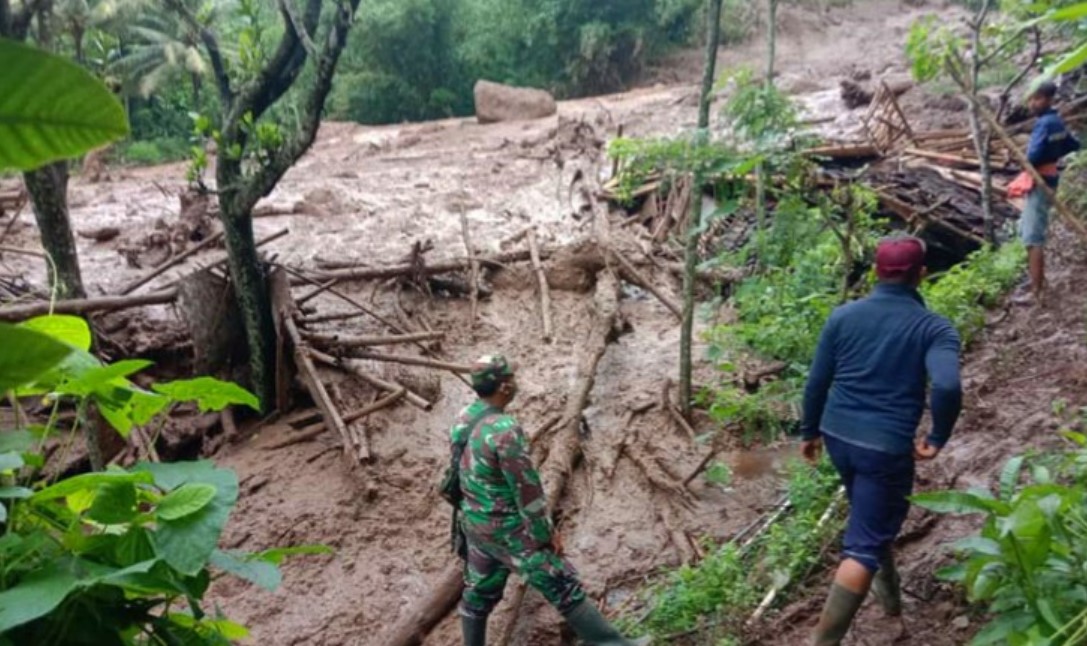 Mar. 2 - Indonesia bore witness to 657 natural disasters in the year ending March 1, 2012, that claimed 271 lives, rendered 11 missing, and inflicted injuries to 12,131 people, according to the National Disaster Mitigation Agency (BNPB).The natural disasters comprised 304 incidents of flooding, 141 incidents of whirlwinds, 130 incidents of landslides, 12 instances of earthquakes, 58 incidents of forest and land fires, 11 incidents of high tides or abrasions, and one occurrence of drought, the BNPB noted in a written statement released on Monday.The agency reported that 3,421,871 people were affected and had to seek refuge owing to the natural disasters.The natural disasters caused damage to 53,287 houses, of which 4,816 incurred serious damage, 5,765 suffered moderate damage, and 42,705 experienced light damage.The BNPB also reported damage caused to 854 educational facilities, 650 places of worship, 182 health facilities, 288 offices, and 88 bridges.Most of the natural disasters occurred in West Java, reaching 159, followed by 110 in Central Java, 88 in East Java, 52 in Aceh, 36 in West Nusa Tenggara, 28 in Banten, 21 in Riau, 16 in South Kalimantan, 15 in West Kalimantan, and 14 each in Central Kalimantan, West Sumatra, and North Sulawesi.Moreover, eight natural disasters occurred in North Maluku; seven each in Riau Islands, South Sumatra, and Bali; six each in Lampung, Jakarta, East Nusa Tenggara, South Sulawesi, Papua, and East Kalimantan; five in West Sulawesi; four in Bengkulu; three each in North Sumatra, Bangka Belitung Islands, and Maluku; two in Central Sulawesi; and one each in Yogyakarta, Southeast Sulawesi, West Papua, Gorontalo, and North Kalimantan.Hydrometeorological disasters, such as floods, landslides, and whirlwinds, occurred simultaneously in several parts of the country during the peak of the ongoing rainy season that usually commences in September or October and ends in March or April."Since October 2020, the Meteorology, Climatology, and Geophysics Agency (BMKG) had issued early warnings of potential extreme weather-related conditions due to various phenomena feared to coincide with the rainy season," BMKG Head Dwikorita Karnawati had stated recently.The major disasters to strike in January 2021 were landslides in Sumedang, West Java, on January 9; a 6.2-magnitude earthquake in West Sulawesi on January 15; and massive flooding in South Kalimantan, starting January 12.Torrential rains and unstable soil caused a series of landslides in Sumedang, claiming 19 lives, leaving 11 others missing, injuring 18 others, and displacing over one thousand local residents. Rescuers were also among the deceased.In West Sulawesi, the earthquake that hit the districts of Mamuju and Majene on January 15, 2021, claimed at least 105 lives; displaced thousands of people; and destroyed homes, infrastructure, and public facilities. (Antaranews)