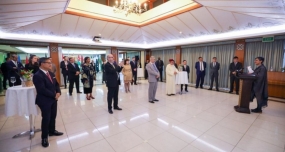 Indonesia leads the group of Heads of Representatives of the Organization for Islamic Cooperation (OIC) in Canberra to hold OIC Day for the first time.

"Through this event, we want to increase public understanding in Australia about the OIC as an organization, and the OIC HoM Group in Canberra. The OIC is a collective voice of the Muslim world to safeguard and protect the interests of the Ummah, promote international peace and harmony among various communities in the world," Ambassador H.E.Y. Kristiarto S. Legowo said at the commemoration of the first OIC Day in Australia.

The reception which was held at Balai Kartini, the Indonesian Embassy in Canberra, on October 7, 2020, began with an opening speech from the host, H.E. Y. Kristiarto S. Legowo, Ambassador of the Republic of Indonesia and also Chairman of the Group, who raised the role of the OIC as the second largest international organization in the world after the United Nations to promote peace and harmony in international relations.

"The OIC HoM Group in Canberra, which was founded in 2015 aims to increase understanding of Islam in the wider Australian society and strengthen cooperation between OIC member countries and Australia," said Ambassador Legowo.

Guest of Honor for the event, Deputy Minister for Foreign Affairs, Ms. Harinder Sidhu, who is also the Chief Operating Officer of the Australian Department of Foreign Affairs and Trade (DFAT), welcomed the OIC's contribution to efforts to achieve lasting peace and emphasized its relevance to the multicultural character of Australian society.

Deputy Foreign Minister Sidhu reiterated Australia's commitment to tackling violence based on religion and belief by referring to the Human Rights Council Resolution on 19 January 2015.

"Combating intolerance, negative stereotypes and stigmatization, and discrimination, incitement to violence and violence against people based on religion and belief," he said.

The OIC Day Reception is the first joint OIC event by the Group in Canberra to commemorate the 51st Anniversary of the OIC, which was established on 25 September 1969. (RRI) 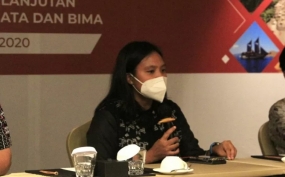 Labuan Bajo To Be Creative Economy Center of Eastern Indonesia

"Creative Hub Labuan Bajo will be the center for the world-class creative economy of East Indonesia. This is like what happened in Milan, Italy and Paris, France," she said when contacted from Kupang, Friday.

She said that the East Nusa Tenggara Governor Viktor B. Laiskodat and several regents in Flores delivered the big dream during the BOPLBF coordinative regional tourism development coordination meeting on Monday (6/10).

Shana explained that to make Labuan Bajo a center for the creative economy of Eastern Indonesia, her party is designed so that all local products or the creative economy on the island of Flores must become the identity of the Labuan Bajo Flores tourist destination.
She explained that BOPLBF itself would focus on sales and marketing and introduce existing superior products. Meanwhile, the local government will focus on mentoring and empowering the community.

"We are doing all of this as part of preparing Labuan Bajo to become a premium tourism area as expected by the President," she said.

She said the hope is to further extend the tour time for tourists in Flores, so income for MSMEs and tourism entrepreneurs will also increase. The central provincial would support all of that, and regencies with a clear division of tasks.

"Everything related to tourism promotion in Labuan Bajo will be integrated. So all regions no longer need to sell their own products but have become one," she said.

She said, to support Labuan Bajo as a super premium tourist area, they launched the Komodo Biosphere Reserve branding logo on Tuesday which aims to introduce tourists to the biosphere reserve not only in Komodo National Park or Flores Island but also Bima, West Nusa Tenggara. (Antaranews) 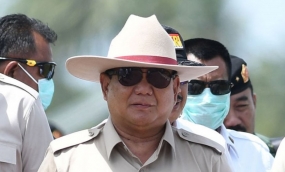 US Defense Secretary Invites Indonesian Defense Minister To Visit US

Indonesian Defence Minister Prabowo Subianto received an invitation from US Secretary of Defence Mark Esper, to visit the United States on October 15-19, 2020, to deliberate on details of bilateral cooperation in the defense field.

Spokesman for the Indonesian Defence Minister Dahnil Anzar Simanjuntak noted in a written statement released on Thursday said that the invitation is intended to continue talks on details of bilateral cooperation in the defense field.

In accordance with its free and active foreign policy, Indonesia is not involved in any foreign military alliance, but it solely conducts defence diplomacy in various countries, Simanjutak remarked as quoted by Antara.

Hence, Subianto will accept the US government’s official invitation through Secretary of Defense Mark Esper, he noted. (Antaranews) 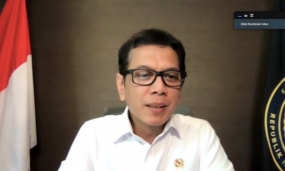 Minister of Tourism and Creative Economy Wishnutama Kusubandio supports innovation to excite tourism amid the COVID-19 pandemic through virtual tours as a promotional event while waiting for national borders to be opened to tourists.

"This is a very important period for digital ecosystem players so that when things get better, digital platforms can be better used to advance Indonesian tourism," Wishutama said at a virtual press conference, Thursday.

Wishnutama said the COVID-10 pandemic accelerated the digitization process, and he encouraged industry and society to take advantage of technology in creating interesting content so that it could be an alternative for tourists who miss exploring Indonesia. "We will continue to support innovative things," he said.

Traveloka in collaboration with the Ministry of Tourism and Creative Economy of the Republic of Indonesia (Kemenparekraf) launched an innovative Virtual Tour from Online Xperience, a solution to get an exciting, interactive and inspiring experience in a variety of beautiful homeland tourist destinations without leaving home.

Wishnutama welcomes the synergy between various parties in creating innovations in the digital world that can entertain people who cannot travel and solutions for guides who are also affected by the pandemic.

"Now the important thing is to collaborate so we can find solutions through the pandemic," he said.

He hopes that this collaboration can create excellent results in restoring national tourism and reviving the tourism industry and creative economy.

"This is an example of collaboration in tourism and the creative economy. If we collaborate, it will produce extraordinary innovations," he said.