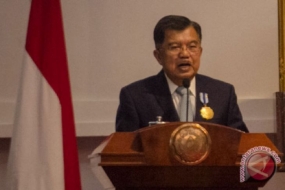 Indonesia is a country prone to disasters that can cause casualties as well as material losses of a number of infrastructure and buildings. In a dialogue forum on 'Disaster Risk and Insurance Funding' themed "National Strategy to Build Fiscal Improvement" ahead of the opening of the annual meeting of the International Monetary Fund and World Bank Group 2018 -IMF-WBG in Nusa Dua, Bali, Wednesday (10/10), Vice President, Jusuf Kalla said that Indonesia needs to have insurance and funding management to deal with various disasters that often occur in Indonesia. Before a number of state delegations participating in the IMF-WBG meeting, Jusuf Kalla said that some disasters in Indonesia from Aceh tsunami,  Lombok earthquake to tsunami in Palu and Donggala have caused considerable material losses that require the reconstruction and rehabilitation budget taken from the state revenue. Taking for example, the funding of post-tsunami reconstruction and rehabilitation in Aceh which was assisted by IMF and the United Nations. Therefore, Vice President Jusuf Kalla hopes that in the future, Indonesia needs to have insurance and funding management so as it will not depend on the foreign assistance.

“So far, Indonesia’s assets have been made without a fiscal risk protection due to the disaster. If the bridge is damaged, it is damaged. This is replaced again after the disaster. If the government building is damaged, it will be replaced. Everything becomes the burden of the state budget. Of course, we don't want everything to be borne by the state budget. We do not want to continuously depend on the foreign aids. How the state assets can be insured; so far there has not been rule yet about how government assets are insured," Jusuf Kalla said.

Vice President Jusuf Kalla calls for the countries participating in the IMF-WBG 2018 annual meeting to form insurance and funding management in a bid to address disasters and to ease the burden on countries affected by natural disasters. He perceived that road infrastructure and government or individual buildings are assets that need to be insured from natural disasters that cannot be predicted when and where they will occur. (VOI/RIZKI/AHM) 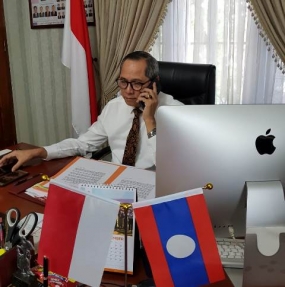 Indonesia becomes a partner in the Luang Prabang Film Festival scheduled to be held from December 7-12 in Luang Prabang, Laos. Indonesian ambassador to Laos, Pratito to Voice of Indonesia in a special interview on Tuesday, October 9th, 2018 said that the theme to be rased in the 9th film festival is Indonesia. He also said that through this festival, Indonesia can open a new opportunity for Indonesian film industry in Laos. According to him the international festival gives opportunity to introduce Indonesia to Laos and the world. He added the number of Laos people visiting Indonesia is still low and vice versa.

"This time Indonesia is requested to be the only theme. So every films and everything that will be shown in the festival is about Indonesia," said Pratito. 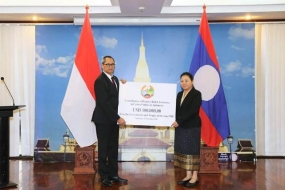 Laos Deputy Foreign Minister, Khampao Erntahavanh handed over 100,000 US dollars in aid from the Lao Government to the victims of the earthquake and tsunami in Central Sulawesi Province. The assistance was handed over to the Indonesian Ambassador to Laos, Pratito Soeharyo on October 8, 2018 at the Laos Foreign Ministry building. Ambassador Pratito Soeharyo told RRI World Service Voice of Indonesia in a special interview on Tuesday, October 9, that the Lao government expressed deep sympathy for the victims and natural disaster. This assistance is a tangible manifestation of the closeness of relations, friendship and solidarity from Laos to Indonesia.

"This is a sincere assistance from the Lao government. One, as a fellow ASEAN country. Secondly, we have a very long history relationship. We may remember the kingdom of Champa. And we always support each other, where our position in the global is both political and economic. There is a reciprocity. We never feel to owe from them, and so do they. So this is a feeling of concern and support if one, for example, when our neighbor is in problems and disaster, we try to help with sincerity," Pratito said in an interview by phone.

Ambassador Pratito further explained that the Indonesian Embassy in Vientiane will immediately coordinate with relevant Ministries / Agencies so that the Lao Government's assistance can be utilized as well as possible. According to him, the Government of Laos has provided assistance 2 times for natural disaster in Indonesia, namely in 2005 for tsunami in Aceh and in 2010 for natural disasters in Wasior (West Papua), Mentawai Islands (West Sumatra) and Mount Merapi in Central Java. (VOI/SEKAR?TRANS NUKE/AHM) 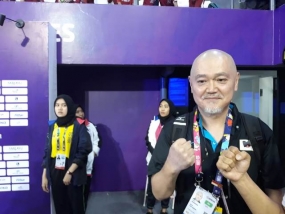 One of Indonesian Player Gets Special Attention from Japanese Coach

Asian Para Games 2018 has run for four days. One of the sports that has been competed is sitting volley ball. It is still in a qualification match on the fourth day. In this qualification match, Indonesian women sitting volley team competed with Japan. The match was interesting, even Indonesian team won the third match. But eventually Indonesia have to admit Japanese strength with the score 25-18, 25-7, 19-25 and 25-21. Japanese Coach Mano Yoshihisa said after the match that he was enthusisastic to meet Indonesian team. He also gives special notes to one of Indonesian Players.

"One of the players, Annisa, number 7, since the friendly match last May, has fought very hard to motivate other players to get extra point and in my opinion, it is good," said Mano.

On the same occassion, the Japanese Coach Mano Yoshihisa added that in the Asian Para Games 2018, Japan targeted to beat Iran that have beaten them in the previous match. For the next preparation Mano said he always watches the opponents play through the video and then he prepares the strategy to face them. (VOI/IHSAN/TRANS NUKE/AHM)