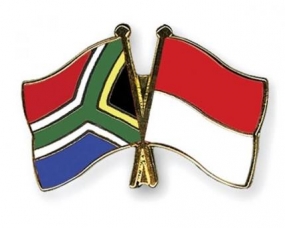 Written by Ani Hasanah
Published in Indonesia Today
Read 398 times
The Government and people of South Africa wish to extend its sincere condolences to the Government and people of Indonesia  following a powerful earthquake and tsunami that hit the island of Sulawesi, which have claimed nearly 400 lives thus far.
The thoughts of the people of South Africa are with the people of Indonesia during this difficult period and the South African Government extends its sympathy to those families who have lost their loved ones.
The South African Embassy in Jakarta is in contact with authorities and no South African has been reported missing.
The Department of International Relations and Cooperation urges family members of any South African who is residing or on holiday in Indonesia, whom they cannot contact or locate, to contact the Department’s 24-hour switchboard number at 012 351 1000. (Release)
Read full article
Twitter 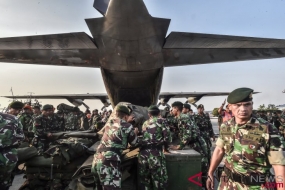 A number of aircraft of the Indonesian Air Force (TNI AU) that had been deployed to transport logistical aid supplies to Palu, Central Sulawesi, were used to evacuate wounded victims of earthquake and tsunami to Makassar, Couth Sulawesi, on Saturday evening.
Antara reported, at least three TNI AU planes had arrived at Mutiara Sis Al Jufri in Palu on Saturday afternoon carrying aid supplies for the earthquake and tsunami victims.

After unloading all the logistical aid supplies, the planes were then used to evacuate around 200 priority victims.

The operation was personally led by the chief of the 2nd Air Force Operations Command, Rear Marshal Fadjar Prasetyo.

The Mutiara Sis Al Jufri airport has been accessible for military planes especially for distributing aid supplies but it has not yet been able to be used for commercial flights.

They immediately held a coordination meeting with local officials with regard to implementing emergency response.

Residents in Palu and surrounding areas face problems of water supply and fuel oil as power is still down. 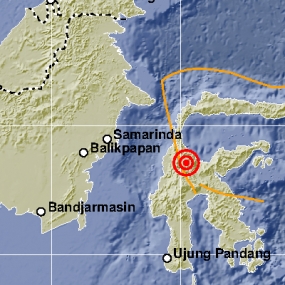 The head of the National Disaster Mitigation Agency (BNPB), Wilem Rampangilei, said the number of deaths from the earthquake that struck Central Sulawesi on Friday evening had risen to 420.

"This is the number recorded in Palu only. It has not covered Donggala and Sigi districts," he noted, replying to Antara on Saturday evening.

The destruction caused by the quake in Donggala and Sigi has been very significant, but no reports about its degree and victims have been received yet, due to disruptions in communications, he said.

In view of the situation, the Special Task Force`s main priority would be searching, saving and assisting the victims, he said, adding "Until tonight, there have been 10,000 evacuees housed in 50 locations in the city of Palu. They will be given shelter, food and medicines."
Some of the dead who had been kept in hospitals have been taken by their families, Wilem said, but the number of the dead could still increase, as search efforts have not yet covered all buildings, such as large hotels, shop houses, warehouses and other buildings.
"We have difficulties deploying heavy equipment, as many access roads to Palu have been severely damaged," he said.

Wilem noted that thousands of boxes of ready-to-eat foods have to be brought in from Surabaya, East Java.

He also said the military (TNI) had sent paramedics and medical supplies, including a hospital ship, which is expected to arrive in one to two days.(antara) 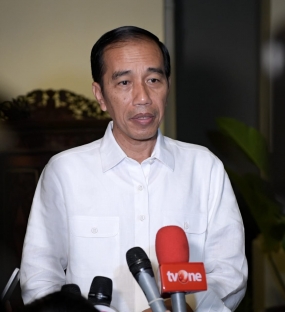 President Joko Widodo (Jokowi) will act quickly and lead the humanitarian operations to help people in areas affected by a devastating earthquake in Donggala and Palu, Central Sulawesi.This optimistic attitude of Jokowi was conveyed by Secretary of the National Campaign Team (TKN) of presidential and vice-presidential candidates Jokowi and Ma`ruf Amin, Hasto Kristiyanto, in Jakarta on Saturday.He made the statement in response to the 7.4-magnitude earthquake that jolted Donggala in Central Sulawesi on Friday at 6:02 p.m. Central Indonesia Standard Time.According to Kristiyanto, Jokowi-Ma`ruf`s TKN expressed deep condolences over the deaths in the earthquake and tsunami in Donggala and Palu and also expressed concern for the survivors or the people in the affected areas.The secretary general of the Indonesian Democratic Party of Struggle made assurance that the president`s main focus was the people, so various campaign affairs would be abandoned, and Jokowi would prefer to directly oversee the handling of victims."Let us boost solidarity and work together with the president to help the victims of the earthquake disaster in Donggala and Palu," Kristiyanto remarked.Kristiyanto was taken aback on hearing the news of the earthquake measuring 7.4 on the Richter scale in Donggala. Videos circulating online, which illustrate the existence of a tsunami, are a matter of significant concern."Earthquake disasters are indeed difficult to forecast, but we believe the Government will respond quickly to help the victims," he added. (ANTARA)