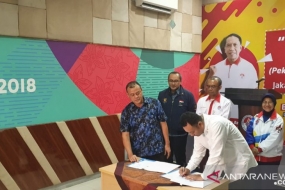 The Indonesian Youth and Sports Ministry is considering to grant a bonus of up to Rp200 million to every gold medal winner at the SEA Games 2019 in the Philippines.

In accordance with Youth and Sports Ministry Decree No. 64 of 2019, the ministry will also offer a bonus of up to Rp100 million to each coach delivering achievement at the biennial multi-sports event.

"The bonuses have been made available. The value is the same as that of the earlier SEA Games," he noted.

Enlisted herewith are the bonuses offered to athletes and coaches. 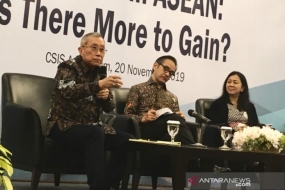 Currently, the ASEAN has discussed so many issues in varied fields that it seemed to be unable to take a firm stand against crucial and key issues, such as the standoff in the relations between the world's two largest economies, he stated at a seminar titled "Indonesia in ASEAN” held in Jakarta on Wednesday.

"The ASEAN should be able to choose priority issues and concentrate on them, including how to strengthen the regional grouping in the face of the latest circumstances and co-exist in the global order," he pointed out.

Furthermore, critical leaders serve as other crucial points for the ASEAN to take a collective stand in the midst of tense relations between China and the United States, he stated.

Wanandi affirmed that the tense relations between China and the United States constitute natural dynamics in global relations, but they hold significance for the ASEAN over concerns that they will struggle for supremacy in the region unless member states adopt common measures.

Moreover, the tension transcends trade dispute and is also related to political issues, he stated.

"Looking ahead, the ASEAN will increasingly become difficult but also important," he added. (ANTARA) 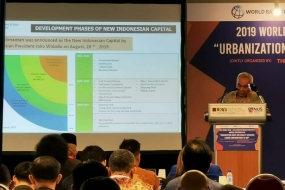 The Malaysian government is conducting an assessment for investment opportunities in the province of East Kalimantan which has been named as the location for Indonesia's new capital city. The Malaysian government saw the rapid progress in the economic development in East Kalimantan, especially when the capital city eventually is relocated to the region, Malaysian Ambassador to Indonesia, Datuk Zainal Abidin Bakar, said in Samarinda, East Kalimantan, Wednesday. He visited East Kalimantan to further understand the opportunities for cooperation in the fields of investment, trade, education, industry and tourism. "In addition, we also want to see the footprints of Indonesia's new capital city in East Kalimantan. If allowed," the ambassador said. His government had sent a delegate to follow up on a number of matters, including a study of the investment potential and cooperation between the two parties involved, he further said. Meanwhile, East Kalimantan Deputy Governor Hadi Mulyadi welcomed the visit of the ambassador and responded positively to Malaysia's keenness to work with East Kalimantan. "Our natural resource potential is very large. There are plantations for crude palm oil. Also, swallow bird nests can be down-streamed. There is also the education sector for Malaysian students and tourism in Berau District," he said. During his visit, Ambassador Bakar was accompanied by his wife, Sakhiah Mohd Soom.  (ANTARA) 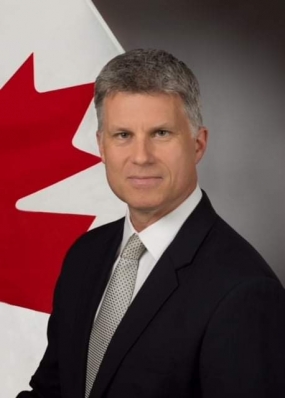 Cameron MacKay presented letters of credence to Indonesian President Joko Widodo Wednesday (11/20) at the State Palace, Jakarta, as the new Canadian Ambassador to Indonesia. In a press release from the Canadian Embassy received by Voice of Indonesia on Wednesday, Ambassador MacKay said Indonesia is one of Canada's most important partners in the Asia Pacific region.

“Canada and Indonesia are two vast, geographically diverse countries with two of the world’s longest coastlines. The natural richness of our countries is matched by the diversity of our people – we are both home to people of many ethnicities, speaking many languages and with many cultural and religious traditions. We both value diversity and democracy, and are committed to sustainable economic growth and environmental protection. I look forward to working with our Indonesian friends to strengthen our relationship and further explore the incredible opportunities our bilateral relationship offers in many areas including trade, investment, education, development, and peacebuilding, including UN peacekeeping,” said Cameron MacKay.

Canada established diplomatic relations with Indonesia in 1952. The first Canadian Embassy opened in Jakarta in 1953. Since that time, Canada has enjoyed a positive relationship with Indonesia, as key multilateral partners such as in the Association of Southeast Asian Nations (ASEAN), Asia Pacific Economic Cooperation (APEC) and G20. The two-way trade between the two countries last year topped CAD3.9 billion, an almost 13% increase compared to 2017. Indonesia is also one of Canada’s primary investment destinations in Asia, with Canadian investment valued at over CAD2.7 billion. As Canada promotes bilateral trade, it is also committed to protecting Canadian investors and Canadian citizens abroad. Canada is also actively engaged in development assistance in Indonesia to support sustainable economic growth, democracy, good governance, and human rights. We are also partners in addressing global challenges such as terrorism. Canada and Indonesia also enjoy growing people-to-people links with thousands of Indonesians and Canadians traveling and studying in each other’s countries. // Press Release / Embassy of Canada /ahm