The exchange rate of the rupiah, traded in the interbank market in Jakarta, Tuesday, is estimated to go down following the release of economic growth data for the first quarter of 2019.  At 9:47 am local time, the value of the rupiah went down 11 points or 0.08 percent, from 14,298 to 14,309 rupiah per US dollar.

The economist from Samuel Asset Management, Lana Soelistianingsih, predicted that the value of the rupiah would go down between 14,300 and 14,330 rupiah per US dollar on Tuesday.  Based on data from the Central Bureau of Statistics released on Monday, Soelistianingsih said that Indonesia’s economic growth in the first quarter was recorded at 5.07 percent year-on-year (yoy).

The growth rate fell short of the consensus forecast of analysts, which was 5.2 percent (yoy).

“Hence, it now seems difficult for the economy to achieve growth according to the 2019 state budget at 5.3 percent. We estimate the economic growth in 2019 to reach 5.14 percent,” Soelistianingsih said.

In the business field, the services sector contributed the highest growth, followed by the manufacturing sector, and the trade sector.

Meanwhile, household consumption, followed by the investment sector and net exports became the main sources of growth in expenditure. 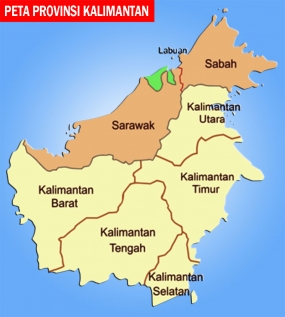 Visit Kalimantan, President Follow Up on the Plan to Move of the Capital City

President Joko Widodo this morning, Tuesday, May 7, 2019, made a working visit to a number of areas on the island of Borneo. The visit was carried out as a form of follow up to the government's seriousness in the case of the move of the capital city of the Republic of Indonesia.

From Halim Perdanakusuma Air Force Base Jakarta, the Head of State and his entourage took off using the Indonesian-1 Presidential Aircraft at 09.00 WIB. Arriving in the city of Balikpapan, East Kalimantan Province, at 11.55 WITA, President Jokowi went directly to the location which became an alternative plan to move the capital city.

After that, President Jokowi and his entourage will continue their journey to Central Kalimantan Province. The plan, President Jokowi will spend the night in the city of Palangkaraya, to continue the series of working visits the next day. Among other things, reviewing the location that became an alternative plan to move the capital city.

Previously, President Jokowi reiterated that the government was serious with plans to move the capital city of the Republic of Indonesia. This was conveyed by President Jokowi in the presence of the heads of state high institutions during the break fasting event at the State Palace, Jakarta, yesterday (6/5) afternoon.

"We are serious in this matter because we have discussed it internally since 3 years ago. Then 1.5 years ago we asked Bappenas to conduct more detailed studies both in terms of economy, socio-politics, and also from the side environment, "said the President. 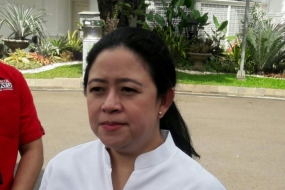 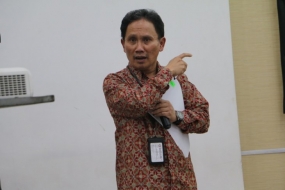 The industry ministry hopes that the Industrial 4.0 system unleashes opportunities for Indonesia to become an Internet of Things (IoT) business ecosystem to fortify the structure of digital technology to apply the fourth industrial revolution. Furthermore, Indonesia will evolve into an IoT business ecosystem worth Rp444 trillion in 2022. "The opportunity for Indonesia to become an IoT ecosystem is huge. This potential can also be gauged from the number of internet users in the country, reaching over 140 million people. Essentially, the transformation to Industry 4.0 is the key to the success of Indonesia's future development,'' Director of the Electronics and Telematics Industry of the Ministry of Industry R. Janu Suryanto noted in Jakarta, Tuesday. Suryanto opined that implementing Industry 4.0 will additionally promote greater investment by firms, particularly those related to the utilization of the latest technology, such as IoT. The step is expected to facilitate greater productivity and competitiveness in the manufacturing sector and give rise to an innovation ecosystem. "Hence, Indonesia should not only become a market for digital economy but also capitalize on digital economic development to drive industrial growth and competitiveness," he noted. IoT, artificial intelligence (AI), human-machine interfaces, robotic technology and sensors, and 3D printing technology are the five key technologies supporting the development of the Industrial 4.0 system. Suryanto elaborated that applying Industry 4.0 aimed at automating and digitizing the production process, with a discernible rise in connectivity, interaction, and boundaries between humans, machines, and other increasingly convergent resources through information and communication technology. "Digitalizing the industrial sector will usher in changes for the manufacturing system, influenced by the wave of new technology," he stated. In this scenario, for instance, the production section will experience a change brought about by customer-oriented technology. Moreover, the technology offers opportunities for production systems and flexible new business models. To optimize the utilization of the most up-to-date technology, spotting new skills is deemed paramount. To this end, efforts should be directed towards improving the capacity of industrial human resources. "In this era of transformation, the government has been endeavoring to ready qualified human resources to meet the requirements of Industry 4.0," he pointed out.