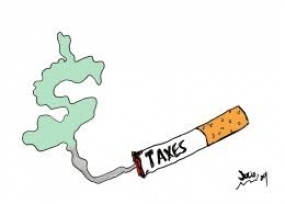 President Joko Widodo laid emphasis Jakarta on Wednesday that 50 percent of the receipts from cigarette excise must be directed for health services."We have issued the presidential regulation for it," the president noted at the State Palace while referring to the mandate of the law.He said the law had mandated that 50 percent of the cigarette excise must be used for services linked to health."BPJS Kesehatan (health insurance) suffered a deficit that must be covered. Public health service, no matter how much, must be given as best as it could, so the deficit must be covered partly from the cigarette excise," he stated.Widodo said he had ordered the development and financial comptroller BPKP to check the financial condition of BPJS Kesehatan."This is procedure. Accountability must be ensured," he noted.Widodo said he had also ordered the president director and board of directors of BPJS Kesehatan to improve all its systems, including the verification of claims."BPJS Kesehatan covers central to district and city levels across the country. It is not easy controlling and monitoring claims from hospitals. It is not easy," he emphasized.In view of its coverage, BPJS Kesehatan must continue to improve its system, so that it is more efficient."I have experienced it all. In Jakarta, we have the Jakarta Health Card. Controlling hospitals is not easy, and this covers the entire country. It means the system must constantly be improved," he stated.In response to the question of whether income of regions will decline if 50 percent of the cigarette excise would be used to pay BPJS Kesehatan, the president noted that it was the mandate of the law."It will be the regions that will also enjoy it, as the service is not at the central level only," he noted, adding that the regions had also approved it.Deputy Finance Minister Mardiasmo stated that his office will apply several scenarios to control deficit in BPJS Kesehatan by increasing the role of regional governments. (ant)

An international seminar themed SEAMEO Education Agenda for Sustainable Southeast Asia was organized by Southeast Asian Ministers of Education Organization (SEAMEO), in cooperation with the Indonesian Education and Culture Ministry, Kuta, Bali, on Wednesday.The seminar discussed seven priority areas of SEAMEO, Indonesian Education and Culture Minister Muhadjir Effendy said on the sidelines of the seminar. The Ministers of Education of Southeast Asia launched the SEAMEO New Education Agenda based on seven priority areas for the next 20 years (2015-2035).The seven priorities include Early Childhood Care and Education; Addressing Barriers to Inclusion; Resiliency in the Face of Emergencies; Promoting Technical and Vocational Education and Training (TVET); Revitalizing Teacher Education; Promoting Harmonization in Higher Education and Research; and Adopting a 21st Century Curriculum.With the view of achieving sustainable development goals in the region, there should be a more effective and thorough interconnected operation between SEAMEO Member Countries and education partners to pursue regional goals by shaping a new learning paradigm that promotes these principles.Effendy is currently president of SEAMEO, which has SEAMEO Centers in 24 regions in Southeast Asian region. Director of SEAMEO Secretariat, Gatot Hari Priowirjanto, remarked that the seminar had 29 speakers and 250 participants representing eight Southeast Asian countries and 11 SEAMEO member countries. ( ant ) 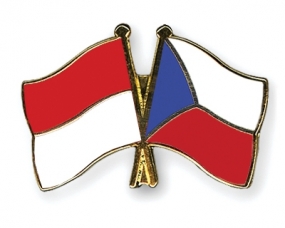 The Czech Republic has high technology and expertise in the construction of railway project, while Indonesia is now intensifying its infrastructure development, including railroads. Hence, the Czech Republic during the visit of Czech Republic Parliament Senate President Milan Stech, is exploring the possibility of cooperation in the development of railway projects in Indonesia.According to Industry Minister Airlangga Hartarto, the Czech Republic and Indonesia can cooperate not only in the railway project but also in other sectors. Therefore, both sides need to establish a comprehensive economic partnership agreement (CEPA) to expand cooperation between the two countries."Some of our manufacturing products have the potential to penetrate the Czech market, including textiles and clothing, footwear, wooden-based furniture, as well as pulp and paper," he stated.But more importantly, according to Hartarto, the Czech Republic has a rubber processing industry that is quite competitive, such as tire factories. Indonesia has a railroad industry that has been able to produce various components and railway infrastructure, for instance, rolling stock, rail tracks, and signaling systems. This has become a collaborative opportunity for both countries for technology transfer."Indonesia can be used as a hub for the development of a railroad industry. Several countries, including Australia, Bangladesh, the Philippines, Malaysia, Thailand, and Sri Lanka, have ordered and imported trains from Indonesia," he explained.In the meantime, the Czech Republic has set sights on railway projects cooperation in Indonesia, especially in Yogyakarta. The Government of the Czech Republic is exploring cooperation with the Yogyakarta Special Region Government in the construction of a railroad that would connect the New Yogyakarta International Airport (NYIA) Airport in Kulon Progo.For this purpose, Czech Republic Parliament Senate President Milan Stech, the Czech Republic`s Ambassador to Indonesia Ivan Hotec, and a number of Czech delegates met with Yogyakarta Governor Sri Sultan Hamengku Buwono X in Gedong Pracimosono, Kepatihan Office Complex, Yogyakarta, on Wednesday."This offers opportunities for cooperation, such as the Czech Republic with Indonesia`s state-owned railway firm PT KAI to build railroads from the NYIA airport to Tugu Station or from Yogyakarta to Borobudur," Buwono stated after meeting the delegates from the Czech Republic.After the meeting with the governor, a number of Czech Republic`s business delegates, who were members of the Czech Chamber of Commerce and Czech Banking representatives, followed up the results of the meeting with the Yogyakarta governor. They held a meeting with the Indonesian Chamber of Commerce and Industry (Kadin), PT Kerera Api Indonesia (KAI), and state-owned airport operator PT Angkasa Pura (AP) 1.Chairman of the Indonesian Chamber of Commerce and Industry GKR Mangkubumi remarked that in the meeting there were three priorities on which both sides could cooperate. In addition to the NYIA Airport Train project, there is also a plan for the construction of Tanjung Adikarto Port, the development of Sardjito General Hospital management, and the construction of a hospital in the new airport area."Regarding cooperation in train projects, the Czech Republic does have a good train factory. PT KAI will, of course, know the kind of cooperation that can be carried out," a daughter of the Sultan revealed.Meanwhile, Vice President of Czech Chamber of Commerce, Michal Srefl, explained that he wanted to contribute to a number of major projects in Yogyakarta. He claimed that the Czech Republic had a number of factories that were adequate to meet infrastructure-related needs.Srefl mentioned the railway project which connects the NYIA Airport. He added that his side can supply various needs, such as train electrification and the design of railroad construction, at competitive prices.Construction of the railway line from Yogyakarta to the new airport, according to him, is very vital. In addition to facilitating passenger mobility, the route will also be used to transport iron sand produced by PT JMI in Kulon Progo. (ant) 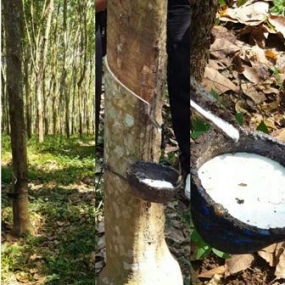 Rubber exporters in South Sumatra have a windfall from the rise in the U.S. dollar value against rupiah. Chairman of the South Sumatra branch of the Indonesian Association of Rubber Companies (Gapkindo) Alex K Eddy said in Palembang, South Sumatra Province,  the rubber growers are expected to have a share from the windfall."The rise in the dollar value increase the selling price of rubber in term of rupiah that should also benefit the farmers," Alex said here on Wednesday.He said the falling value of rupiah against the dollar has its positive and negative sides, adding while generally it has brought about economic woes to the country, stronger dollar benefit exporters. The farmers would gain despite weak demand and relatively low price of rubber in international market.However, Alex said Gapindo wanted the farmers not to hope for too much as the dollar rise is not expected to last long, adding the rupiah would recover and dollar would return to its normal position."We could not control the rubber price . The price is dictate by the international market," he said.Since early 2018, the rubber market remained weak. The price has not improved (in dollar). By 5 September 2018, the rubber price was around US$1.31 per kg - shrinking from around US$1.6 per kg a year earlier."Until the quarter of this year the price remained low (in dollar). Development of downstream industry in this sector, therefore, should be accelerated to boost demand for the farmers` rubber," Alex said.Downstream rubber industry is not only tire factories , but also factories producing furniture and floor material, he said. South Sumatra is the largest contributor to the country`s rubber production. (ant)