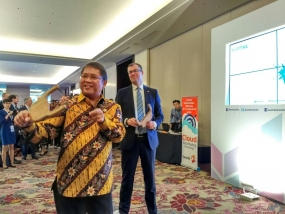 Indonesia and Australia will expand their cooperation in digital sector through several initiatives that have been discussed during Indonesia-Australia Digital Forum 2018 in Jakarta. This forum is an initiative of President Joko Widodo and Australian Prime Minister Malcolm Turnbull. During a press conference on Thursday,February 1st, 2018 at Fairmont Hotel, Jakarta, Minister of Indonesian Communication and Information Technology Rudiantara stated that Indonesia has begun to prepare all forms of digital documents with good protection.

“The government embarks the initiative of all issues, all permits or licensed issuance have to go online. Starting this year President instructed that every permit or licensed applied by the business have to go by single submission process which is online. That is the transparency from the government. The transparency in general has to go along with the private data protection and government is preparing the law for private data protection we have discuss with the parliament but hopefully soon it will be part of Indonesian Prolegnas. That is Indonesian transparency and how we have to protect the privacy of the people of Indonesia,” Rudiantara said.

Minister Rudiantara added that to convert all analog data into digital, Indonesia is working together with Australia through the Indonesia-Australia Digital Forum held from January 31st to February 1st, 2018 in Jakarta//// (VOI/NK/AHM) 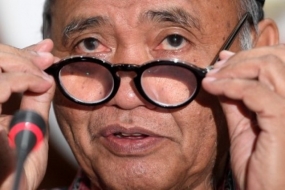 Head of Corruption Eradication Commission, Agus Rahardjo, appreciated the launching of Programa 4, Encyclopedia of Indonesian Culture at Radio Republik Indonesia (RRI). The commission invited RRI Public Service Broadcasting along with Corruption Eradication Commission to eradicate the corruption. This was stated by Agus Rahardjo when launching ‘Programa 4, Encyclopedia of Indonesian Cultureat Radio Republik Indonesia (RRI) in Jakarta on Wednesday (31/1). Agus asserted that it is important to socialize anti-corruption culture because people tend to be relax and not to make corruption as a big threat for the state.

“In Pro4 FM, please anti-corruption culture is socialized. Because it is important. I always invite in many opportunities. As citizen is still relax, not fell corruption as threat. So, we become just as audience, only to heard," Agus Rahardjo said.

RRI launched ‘Programa 4 Encyclopedia of Indonesian Culture as an effort to explore, to introduce, to preserve and to develop culture among young people’s community. The package is appropriate with the needs of young people, for example regional songs are combined and arranged in other genres such as jazz, and hip hop.// (trans-yati//kbrn.01 02 2018.nrl/edt ahm)

The Government Urged to Increase People’s Knowledge on Cancer 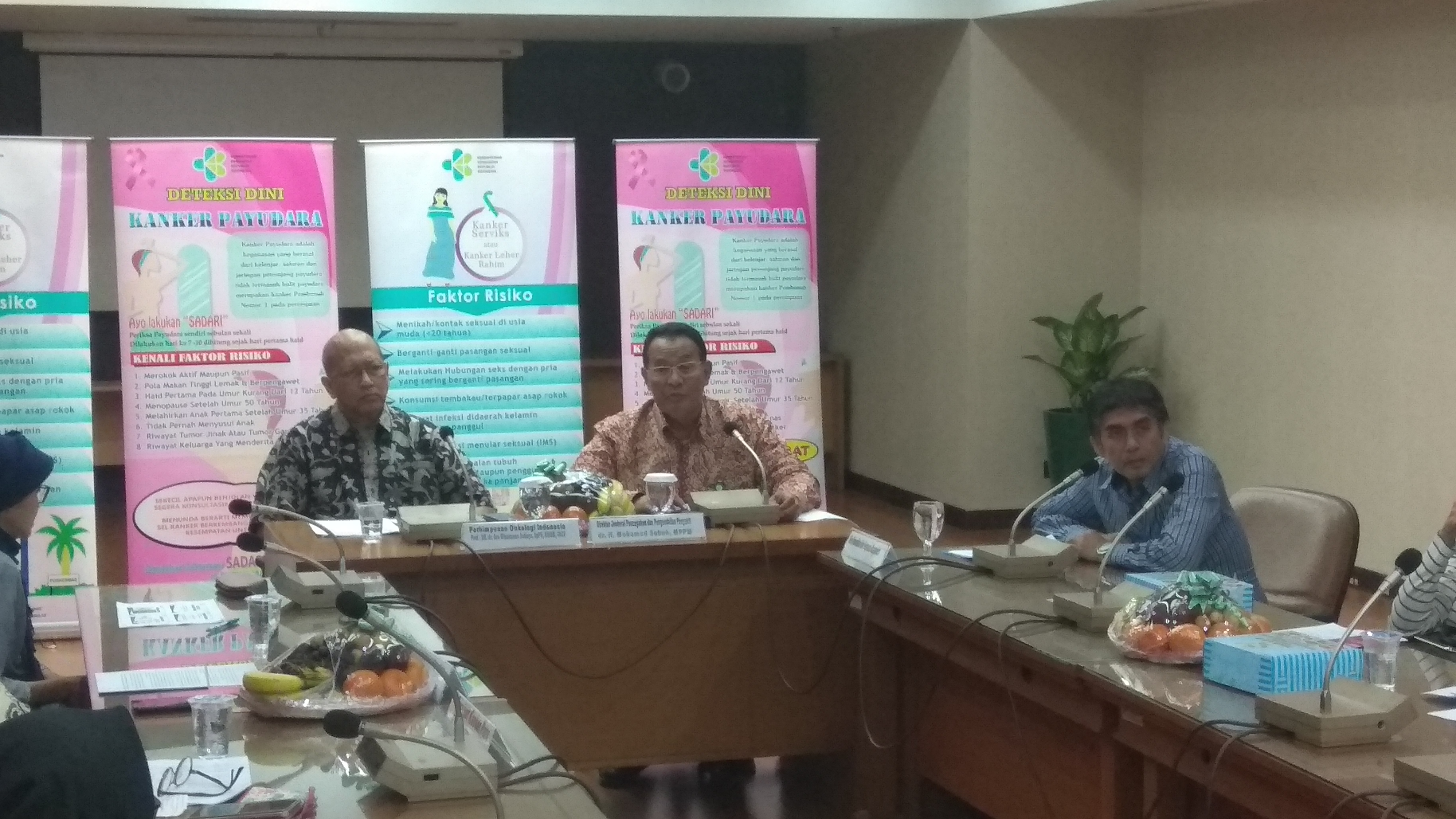 The Indonesian Government stressed the importance of increasing the knowledge and understanding of the community about cancer, ahead of World Cancer Day 2018. Director of Disease Prevention and Control, Ministry of Health, Mohamad Subuh, in Jakarta, on Wednesday (31/1) said that the public should be able to reduce both mortality and morbidity rate cause of cancer with proper knowledge. In addition to that, according to him, the proper knowledge and education should also changes public healthy living.

“ There are some points that we want to remind regarding the World Cancer Day. First, is to improve public knowledge and understanding about cancer disease. The more people understand about cancer, how it happens, how to avoid it, how to get access to healthcare, we should be able to reduce mortality as well as morbidity rate of that disease. We expect to raise some understanding on healthy life with such knowledge. These two are crucial in every cancer day commemoration.”

World Cancer Day is commemorated every February 4 of each year. The World Cancer Day commemorative theme from 2016 to 2018 is' We Can. I can'. This theme aims to spread the message that everyone, whether together or individually, can take a role in reducing the burden and cancer problems. In Indonesia, the burden of cancer is still quite high. Based on the results of Basic Health Research in 2013, the prevalence of tumors or cancer in Indonesia is 1.4 per 1,000 residents or about 347,000 people. The highest cancer in women is breast and cervical cancer, while in men is lung cancer. (ndy) 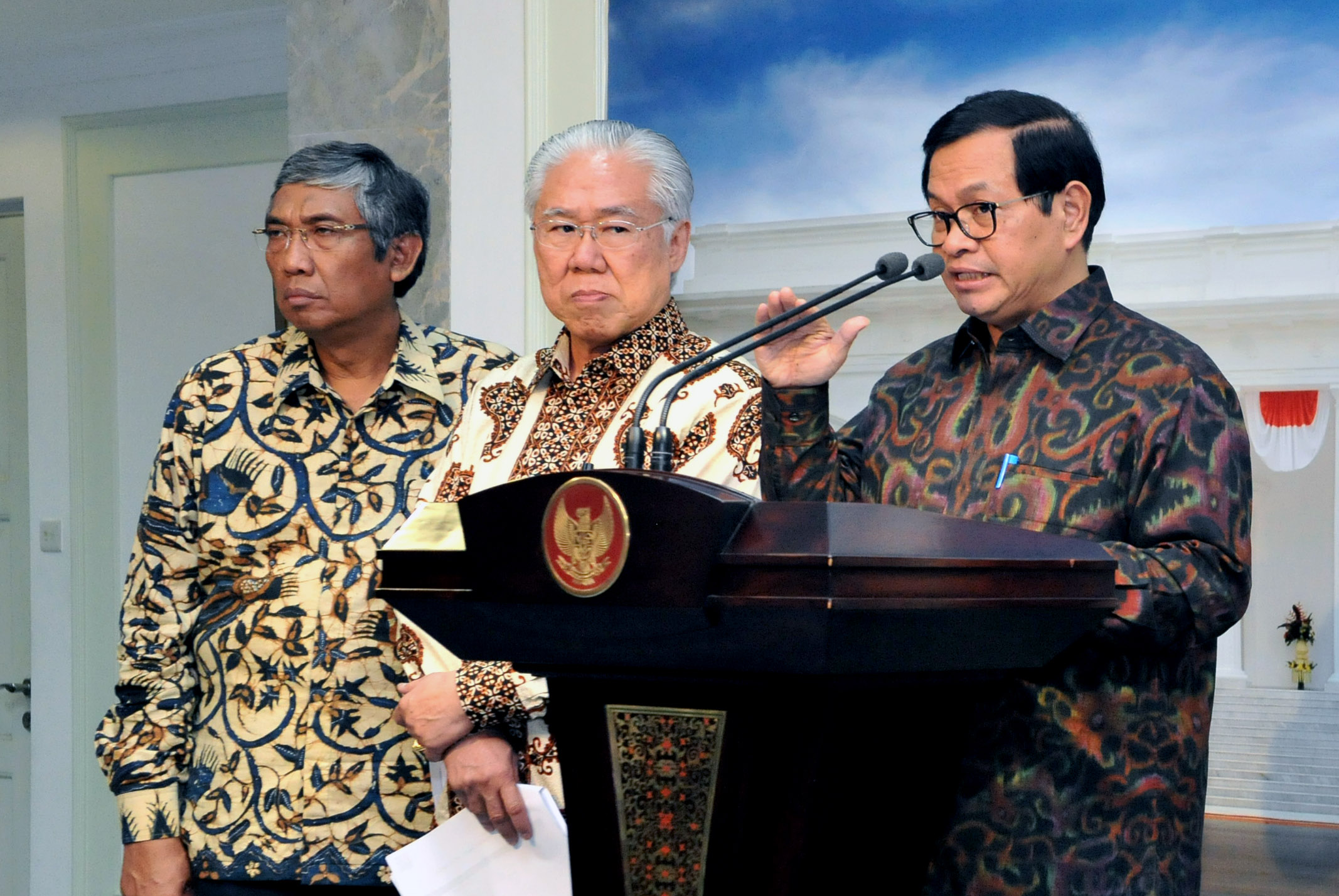 President Joko Widodo (Jokowi) wants the foreign workers permit which is until now still complicated will immediately be simplified.

It is realized that until now so many things related to foreign workers permit are still convoluted, Cabinet Secretary Pramono Anung quoted the president as saying here on Wednesday after a limited cabinet meeting presided over by President Jokowi.

"And the president has instructed the related ministries, Minister of Law and Human Rights, Manpower Minister, Trade Minister, Industry Minister, Maritime Affairs and Fisheries, and Energy Minister to simplify (the working permit)," Pramono said, adding that the working permit simplification should be prepared within two weeks.

According to Pramono, if it is not immediately resolved, a Presidential Regulation (Perpres) will be issued to regulate it.

"Because we should not complicate the investment, nor people who want to come to work in this republic," he remarked.

However, he further said, the foreign workers in question are those who have the knowledge and the capacity and also needed in Indonesia, instead of the foreign field workers.

This effort is to boost the "ease of doing business" in Indonesia to be more competitive even though Indonesia`s investment grade has improved, he added. (antaranews)