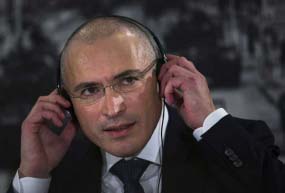 Putin frees his enemies as part of Sochi spin 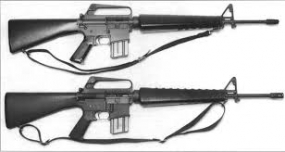 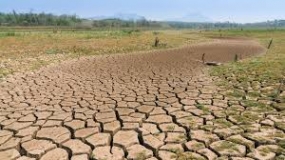 Anticipating The Widespread Of Drought

Dry season hits Indonesia again. The effects of climate change have made the cycles of seasons changing globally, including in Indonesia. The current dry season in Indonesia is increasingly widespread and its effects have made a lot of agricultural land damaged by lack of water and caused land and forest fires. The National Disaster Mitigation Agency –BNPB noted that 2,726 villages / districts in 105 districts / cities in Java and Nusa Tenggara are experiencing drought. In addition, fire spots from forest and land fires can be monitored in Sumatra, Kalimantan, East Nusa Tenggara and Java.

In a meeting with cabinet ministers related to the drought taking place at the Presidential Palace IN Jakarta  on Tuesday (12 September), President Joko Widodo confirmed that the drought that hits Indonesia is not as bad as in 2015. At that time, it was directed by El Nino. The President also ordered ministers and institutions and governors to go to the field to see the current conditions and to take preventive steps immediately. One of the solutions mentioned by President Joko Widodo is related to water supply for drought-affected communities. Over the last two years, the government has built a number of reservoirs and dams to anticipate the disaster.

Meanwhile, Minister of Public Works and People's Housing, Basuki Hadipurnomo said that due to the current dry season, 57 reservoirs have water supply below normal and 6 reservoirs have dried up. While from 16 primary reservoirs, 10 of them are still normal and the 6 ones are below capacity. For clean water, Ministry of Public Works and People's Housing, in some areas have prepared clean water supply to drought-stricken residents.

Minister of Agriculture, Amran Sulaiman said that to face the dry season this year, his ministry guarantees food supply unaffected by drought because, the area of crops, especially rice has reached 4.6 hectares, while the irrigation area also rises 7.4 million hectares to ensure water supply for agricultural land.

Meanwhile, Minister of Environment and Forestry, Siti Nurbaya said that about 30 thousand hectares of forest and land in a number of areas in Indonesia is on fire and the most widespread spot of fire is in East Nusa Tenggara –NTT and Riau. She also stated that a number of areas have anticipated the preparation of 26 bombing planes to overcome land and forest fires.

Drought and forest fires are a crucial problem during dry season in Indonesia. Thus, anticipatory steps are needed. Planning with the construction of a number of reservoirs has been prepared by the government these days. In addition, the government is also expected to provide direction to farmers related to climate change that occurs today. Coordination and cooperation of the Meteorological and Geophysical Climatology Agency, the Ministry of Agriculture and the National Disaster Mitigation Agency –BNPB are urgently needed to anticipate climate change which in turn makes changes to the cropping pattern of the farmers and the types of plants to be planted. Positive directives from stakeholders in anticipation should be faster and effective so that the effects of drought can be reduced. 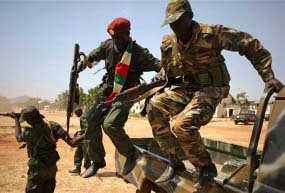