Indonesia, FAO urge prudent use of antimicrobials in farming 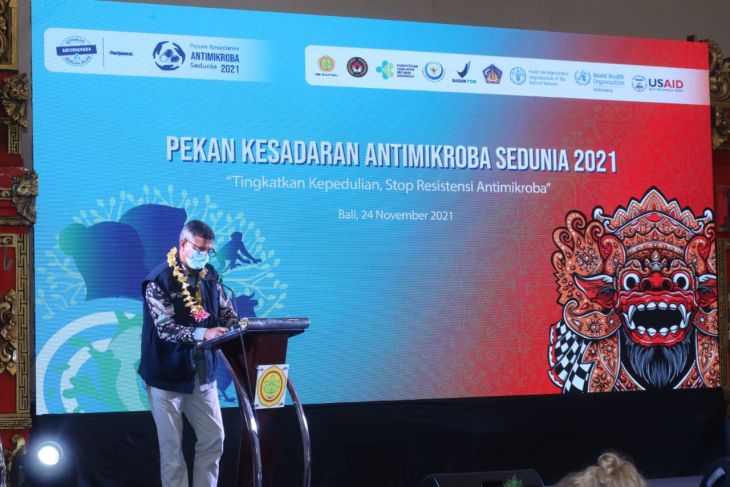 Indonesia and the Food and Agriculture Organization (FAO) of the United Nations have called for the prudent use of antimicrobials in farming in order to prevent a "silent pandemic".Antimicrobial resistance (AMR) is one of the biggest threats to global health, food safety and security, plants and animal production, and global economic development, said FAO Indonesia in a written statement received here on Wednesday.According to FAO, around 700 thousand human deaths each year are related to AMR. Therefore, the global health issue of antimicrobial resistance (AMR) is a "silent pandemic" affecting animal and human health, it said.Without action, by 2050, the global economy may lose more than US$6 trillion annually because of AMR -- nearly 4 percent of the gross domestic product (GDP), FAO pointed out.In just ten years, 24 million more people may be forced into extreme poverty due to AMR -- many in low-income countries -- increasing the number of people hungry or suffering from malnutrition, it said.Such a phenomenon, FAO said, could pose another challenge to achieving the sustainable development goals (SDGs), in particular goal No. 2.The FAO made the observations at the peak of the World Antibiotic Awareness Week campaign, held in Nusa Dua Bali since November 18, 2021 and all over the world.AMR is rising to dangerously high levels in all parts of the world and threatening our ability to treat common infectious diseases, FAO said.Infections affecting people -- including pneumonia, tuberculosis, blood poisoning, and gonorrhea -- and animals alike are becoming harder, and sometimes impossible, to treat as antibiotics are becoming less effective, it added.In agriculture, it is causing production losses, damage to livelihoods, and jeopardizing food security, it said.Moreover, AMR can spread among different hosts and the environment, and antimicrobial-resistant microorganisms can contaminate the food chain, it pointed out."For the agricultural, livestock, and animal health sectors, AMR poses a serious threat to the sustainability of food security and the sustainable development of animal health," Indonesian Minister of Agriculture, Syahrul Yasin Limpo, said."The agricultural sector will find it difficult to withstand a threat of this magnitude. We are committed to working with various stakeholders to increase the capacity of the agricultural sector to manage AMR and build resilience to the impacts of AMR," Limpo added.Antimicrobials play a critical role in treating diseases of food-producing animals (aquatic and terrestrial) and plants, helping to ensure food security, he noted. Those medicines are used to treat animals that are already sick or to control the spread of a disease within a flock, herd, or on a farm, he said.However, AMR in food and agriculture poses risks to food systems, livelihoods, and economies, he pointed out. Besides their direct negative impact on animals, animal diseases can also significantly affect food production, food security, and farmer livelihoods, he said. AMR increases those risks, he added."The use of antimicrobials in agriculture contributes to the spread of AMR and undermines the effectiveness of veterinary medicines. Making sure these treatments remain effective and available to the agriculture sector is critical," FAO Representative in Indonesia and Timor Leste, Rajendra Aryal, said. (Antaranews)