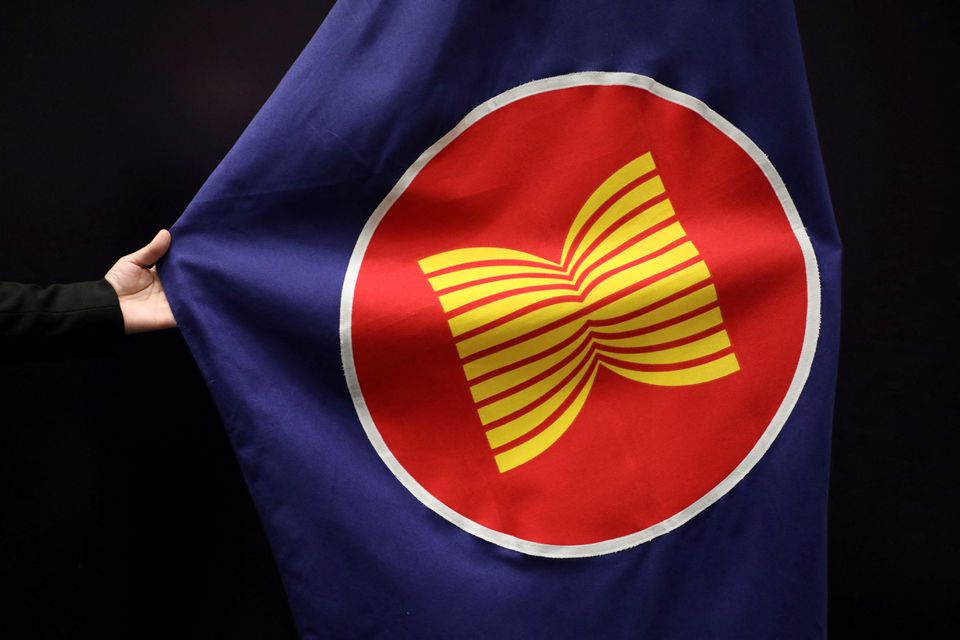 East Asian economic leaders warned on Thursday of risks to the region's outlook and pledged to remain committed to market stability and sound fiscal policy.

The statement followed annual meetings, held online, of the officials from China, Japan, South Korea and the 10 members of the Association of South East Asian Nations (ASEAN).

The Japanese, Chinese and South Korean officials affirmed their commitment to supporting financial market stability and to long-term fiscal sustainability.

"We must remain on guard against heightening risks to which the regional economic recovery is being exposed ... on top of the ongoing Russia-Ukraine conflict and earlier-than-expected monetary policy normalisation in some advanced nations," it said.

"These factors could become downside risks to the regional economic outlook, causing volatility to financial markets and capital flows."

The officials' joint statement comes amid concerns that U.S interest rate rises and related reduction in central bank assets have driven up the dollar. This has raised the prospect of capital flight from some emerging markets and a rising burden of dollar-denominated debt in the developing world.

The officials steered clear of references to currency market moves, notably rises in the dollar and falls in the yen, or sanctions against Russia's invasion of Ukraine, which Moscow calls a "special operation."

Instead, they underscored progress in regional initiatives, including a mechanism aimed at helping countries in times of financial distress, the Chiang Mai Initiative Multilateralisation currency swaps deal.

A deep divide has emerged within the Group of 20 (G20) major economies, which includes Western nations that have accused Moscow of war crimes in Ukraine. Other members - China, Indonesia, India and South Africa - have not joined Western-led sanctions against Russia over the conflict.

ASEAN is chaired by Cambodia this year and includes Indonesia, which currently chairs the G20.

"Russia's unjustifiable invasion of Ukraine has shaken the foundation of international order and is a clear violation of international law," Suzuki told reporters. "It is having a serious impact on the global economy with energy and food price rises, supply-chain disruptions, destabilisation of financial markets and increasing numbers of refugees." (Reuters)