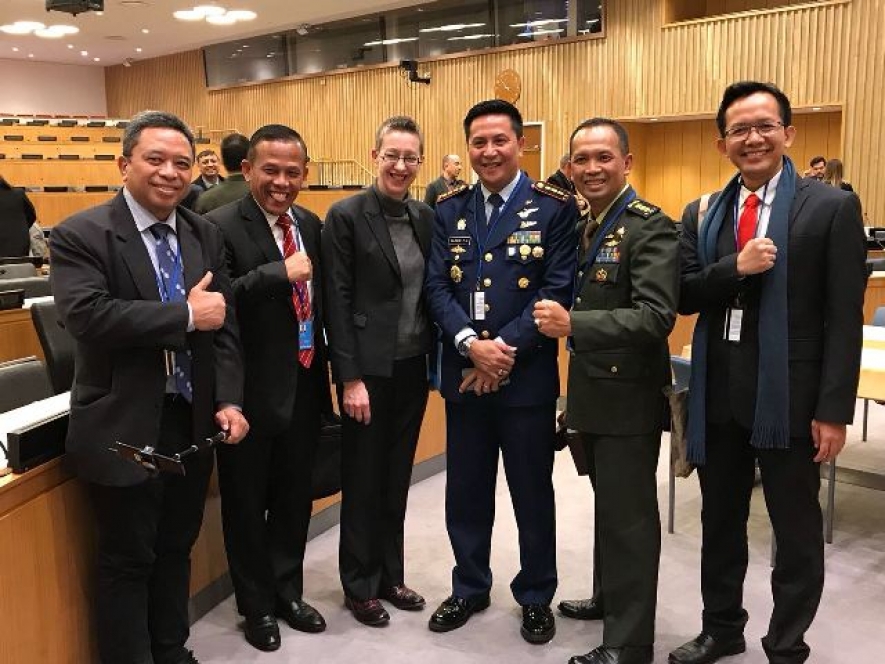 Capability and expertise of the world's peacekeepers are continuously advancing and developing supported by Indonesia's own strategic industries for the sake of the world peace. It was stated by Director General  of Defense Strategy of the Indonesian Defense Ministry, Major General Hartind Asrin at a panel discussion themed "Efforts to Address the Gap of Capabilities in the United Nations Peacekeeping Mission" at the UN Headquarters, New York, USA, on February 14th. Hartind Asrin emphasized that the panel discussion aimed at analyzing and promoting the use of Indonesia’s strategic industries to support the UN Peacekeeping and to promote the strategic industries to countries contributing to the Mission. The discussion also featured the success of Indonesian contingent in performing duties mandated at the UN Peacekeeping by using national strategic industry products. The panel discussion also discussed several important issues such as synergy of the UN and inter-stakeholders in overcoming gap capability, partnership potential and cooperation for the UN members as well as the need of private sectors to handle capability’s gap. Moreover, it also discussed concrete steps to strengthen the UN Peacekeeping force including procuring alternative and innovative equipment cost. At the Panel discussion, Major General Hartind Asrin addressed the success of Indonesia in optimizing the national strategic products use by Indonesian Garuda contingent in the UN Peacekeeping operation based on the mandate of Roadmap Vision 4,000 Peacekeepers in 2015 up to 2019. (Release Kemhan/VOI/AF/AHM