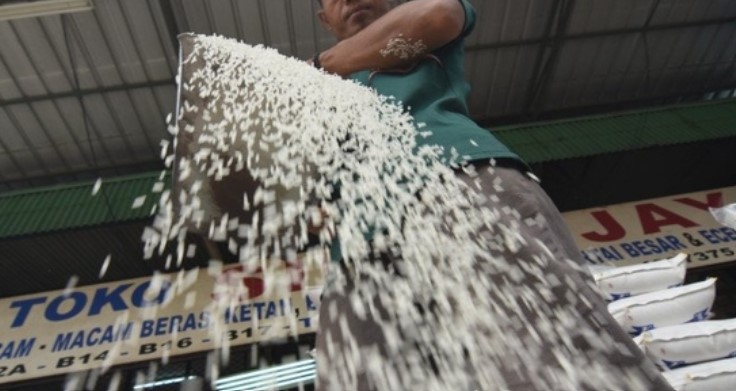 The government sees the world food crisis as an opportunity to offer local food as an alternative. Local food production must also be increased.

Director of Food Distribution and Reserves of the National Food Agency, Rachmi Widiriani, said that this was in accordance with President Joko Widodo's orders. The President even called on the public to use their home yards to grow food.

Besides planting, he continued, people's habits of consuming rice and wheat-based foods must also be changed. Namely by consuming other foods whose protein content is not inferior to imported food.

"Diversifying people's consumption patterns becomes diverse. The important thing is balanced and safe nutrition by utilizing the potential of local food," she said.

Indeed, she added, changing people's mindsets and eating patterns is not as easy as turning the palm of the hand. However, that doesn't mean it's impossible.

"In the past, when we were little, 4 healthy 5 perfect was so ingrained in our minds and daily habits. Actually we are no different from that, there is a new tagline, diverse, nutritious and safe," she said.

The campaign continues to be voiced by the National Food Agency. The target is urban communities, because it is easy to access information.

"This is what we need to bring back together again that in the recommended food pattern, Indonesia has too many carbohydrates and the carbon is rice," she said. (RRI) 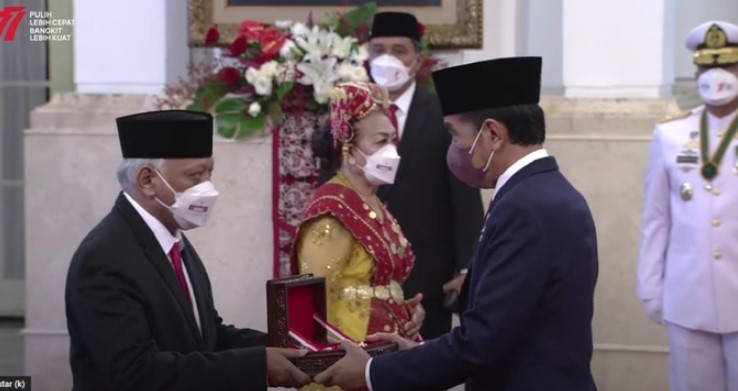 President Joko Widodo (Jokowi) bestowed the honor of the Republic of Indonesia on 127 recipients in commemoration of the 77th Indonesian Independence Day. The Honorary Award Ceremony took place at the State Palace, Jakarta, Friday (12/8/2022).

"To award the Mahaputera Pratama Star, the Service Star, and the Parama Dharma Cultural Star to those whose names, ranks, positions and professions are in the attachment. This decision is a tribute to their services," said Presidential Military Secretary Marshal M. Tonny Harjono when reading the Presidential Decree, Friday (12/8/2022).

7. Almh. Dewi Wikantini, a supervising midwife at the UPT Puskesmas Baktijaya Kota, Depok, West Java, represented the other 22 recipients, each of whom was awarded the Bintang Jasa Nararya honorary mark. (RRI) 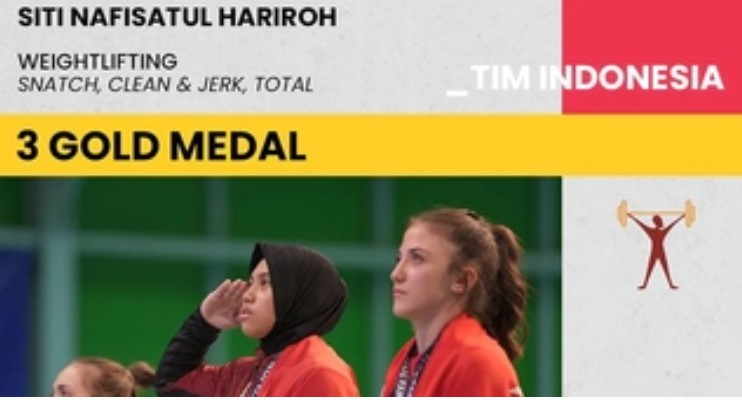 Appearing at the Konya International Fair Center, Thursday (11/8/2022), Siti showed her prowess by posting a total lift of 159kg. He succeeded in snatch 71kg and clean & jerk 88 kg which made him win three gold medals in each class.

“I feel very happy to win the first gold medal for Indonesia and I didn't expect this result because I never expected to get a gold medal. I dedicate this to Indonesia, my parents, and my coach," said Siti after the match, as quoted from NOC Indonesia, Friday (12/8/2022).

Siti immediately excelled when she started her first snack, which was 66 kg. In the second attempt, the coaching team gave Siti an additional 3 kg, which she managed to lift again.

Siti perfected her snatch in the third attempt as she successfully lifted 71 kg and strengthened her position among her competitors. She then added to his advantage through the clean & jerk class.

On the first try, Siti managed to lift 85 kg. Similar success also occurred in the second experiment, which was 88 kg.

It's just that on the third try, when the coaching team targeted 91 kg, Siti failed, so her total lift was 159 kg, and was entitled to three gold medals. The agreement in the technical meeting (TM) for weightlifting decided that each class competed for a medal in each class.

Besides Siti, Indonesian men's lifter Satrio Adi Nugroho has the right to win three bronze medals in the men's 55 kg class. The result was obtained after Satrio posted a total lift of 244 kg (110 kg snap and 134 kg clean & jerk).

Arli Chontey (Kazakhstan) won two gold from a total of 253 kg and clean & jerk 139 kg and one silver for the snatch 114 kg. Saudi Arabian lifter Mansour Alsaleem won one gold in the 115 kg snatch and two silvers in the 137 kg clean & jerk for a total lift of 252 kg.

Another additional medal that Indonesia got was presented by Emilia Nova. She won a bronze medal in the women's 100 m hurdles by posting a time of 13.59 seconds. 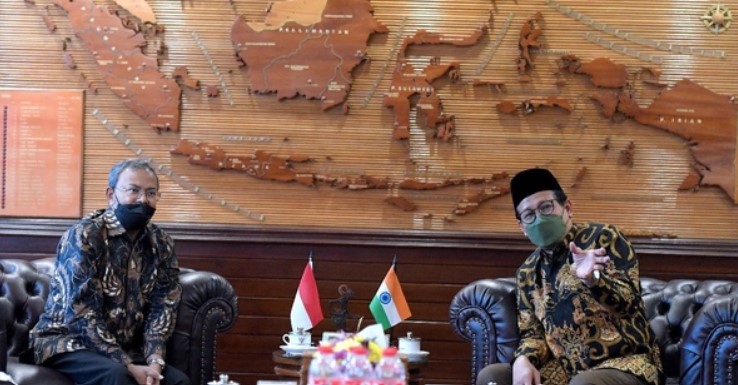 The Indian Ambassador to Indonesia, Manoj Kumar Bharti, offered a training program to improve appropriate technology to the Government of Indonesia. He stated this during a visit to the office of the Ministry of Villages, PDT and Transmigration, Friday (12/8/2022).

"I have visited a number of villages in Kalimantan, Java, North Sumatra, Aceh, Bali and NTT," he said. The Indian Ambassador admitted that he was impressed with the condition of villages in Indonesia.

Therefore, Manoj hopes that there will be cooperation in improving human resources in the fields of science and technology.

The Indian government, he said, has a training and scholarship program in the field of science and technology that has been going on since 1994. One of the advantages of this program is the application of appropriate technology.

"Our principle is to emphasize the use of technology that does not require large costs and very sophisticated devices," he said. "The important thing is how to optimize the existing potential and local wisdom."

Manoj gave an example, several years ago his country had sent a satellite to Planet Mars. Thus, India became the first country to successfully send a satellite to the planet in one try.

"This is what I call our model technology," he asserted. "We want to share with other countries through existing training and education programs in India," he said.

Meanwhile, the Minister of Villages, Development of Disadvantaged Regions and Transmigration, Abdul Halim Iskandar, welcomed the cooperation offered by the Indian side.

According to him, the Kemendes PDTT currently has 35 thousand village assistants who need information technology support. The goal is to monitor the activities and dynamics of villagers in Indonesia on a day-to-day and real time basis.

Gus Halim explained that currently his party is facing a fairly complex problem. Namely, how to deal with a large number of villages.

Currently, the Ministry of Villages PDTT has to handle 74,961 villages with all conditions and cultural and linguistic differences throughout Indonesia. In addition, there are 62 underdeveloped areas and various transmigration areas.

"We have to handle everything from development planning, implementation, supervision, community involvement and all aspects of the village," said the Minister.

Therefore, it welcomes the offer of cooperation from India. "Of course we really need the support of qualified information technology management in processing it in such a way," he said. (RRI)