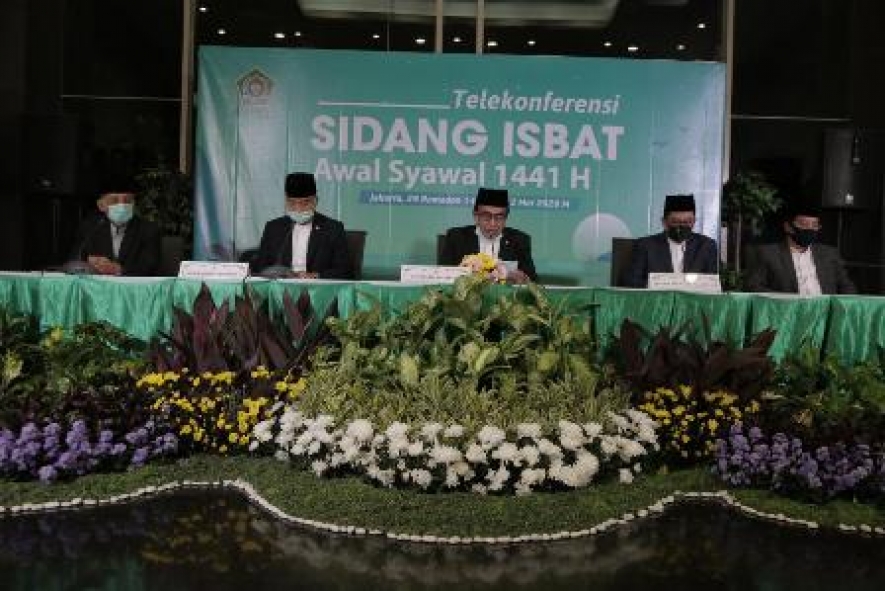 In addition, the Ministry of Religious Affairs Falakiyah Team stated that the height of the new moon in Indonesia is below the horizon, which ranges from minus 5.29 to minus 3.96 degrees. For these two reasons, the Isbat Session agreed to complete the month of Ramadan to 30 days so that the 1st of Shawwal 1441Hijr falls on Sunday, May 24, 2020.

"Therefore based on these reasons, namely Hisab, the new moon position is still below the horizon, and then the hilal visual observer report does not see the new moon, therefore the isbat meeting unanimously states that 1 Shawwal 1441 Hijriyah falls on Sunday, May 24, 2020," said Minister of Religious Affairs Fachrul Razi.

Unlike the previous year, the Isbat (confirmation) deliberation to decide Eid Ul Fitr or 1 Shawwal 1440 Hijr was only attended physically by the Minister of Religious Affairs Fachrul Razi, Deputy Minister of Religious Affairs Zainut Tauhid Sa'adi, Chairperson of Commission VIII of the House of Representatives Yandri Susanto, Chairperson of the Indonesian Ulema Council KH Abdullah Jaidi, and Director General of Islamic Community Guidance Kamaruddin Amin. While the leaders of mass organizations, astronomers, the Religious Courts, and other Echelon I and II officials of the Ministry of Religious Affairs followed the proceedings of the session through video conference. (VOI / AHM / Rilis Humas Kemenag/ Youtube Kemenag RI)