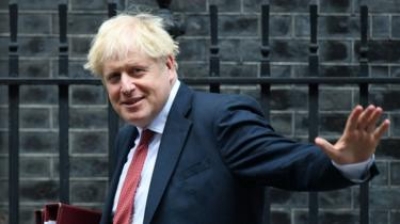 The move would eliminate a requirement for new Northern Ireland customs arrangements, which are intended to prevent the return of checks at the border with the Irish Republic.

Labour attacked the plan. No 10 says it is a standby in case trade talks fail.

Boris Johnson is expected to say later that if no agreement is reached by 15 October, both sides should "move on".

The prime minister will tell EU counterparts that completing the UK's exit from the bloc without a trade deal would still be a "good outcome".

Although Britain formally left the EU in January, the UK has continued to follow rules set in Brussels during a transition period - which ends in December - while discussions over a long-term trade agreement continue.

Another round of talks - the eighth - begins on Tuesday, aimed at securing a deal to allow companies in the EU and UK to trade without taxes or customs checks. (bbc.com)