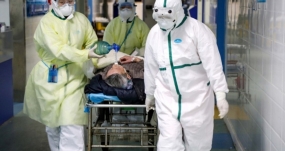 The government updated the Covid-19 case tally on Monday, confirming positive cases of COVID-19 increased by 4,176 cases. The total of positive Covid-19 cases in Indonesia is 248,852 cases.

This figure is the highest addition since the first Covid-19 case was announced in Indonesia in March 2020.

It is known that the Covid-19 case has spread to 494 regencies/cities in 34 provinces in Indonesia. 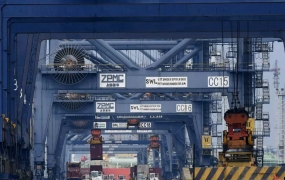 The government ratified the first protocol to amend the ASEAN goods trade agreement through Presidential Regulation No. 84 of 2020 to boost exports of countries within the Southeast Asia region.

Director of International and Interagency Customs at the Ministry of Finance, Syarif Hidayat, said in Jakarta on Monday that after the protocol was ratified, a Minister of Finance Regulation on Procedures for Imposing Import Duty Tariffs on Imported Goods Based on the ASEAN Goods Trade Agreement.

"[ASEAN] issued the protocol as a legal basis and guidelines related to the procedure for granting preferential tariffs on the approval of ASEAN trade in goods," he said.

The protocol, which came into effect Sep. 20, 2020, regulates a new scheme in implementing the Declaration of Origin of Goods which using Independent Certification or ASEAN Wide Self Certification (AWSC), replacing the old scheme of Invoice Declaration.

"With the stipulation of the protocol, the ATIGA (ASEAN Goods Trade Agreement) which previously referred to protocol Number 229 / protocol 07/2017 now refers to this protocol," he said.

The provisions apply to imported goods whose customs notification has got the registration number and date from the Customs Office.

The Invoice Declaration issued before the enforcement of this protocol is still in effect.

The procedures for the imposition of tariffs are carried out in accordance with the procedures listed in the ASEAN Trade in Goods Agreement (ATIGA) and the 2nd SCPP MoU. (Antaranews) 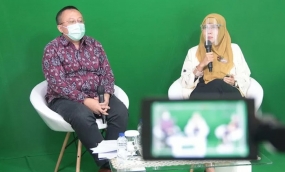 The Ministry of Tourism and Creative Economy is optimistic that the target of digitizing 10 million Micro, Small, and Medium Enterprises (MSMEs) this year will be achieved.

As of May 14, 2020, eight million MSMEs had digitized so that the government needed to encourage the remaining two million MSMEs to meet the target.

"As of the end of August, it has increased by 1.9 million (UMKM), We should reach the target by September," Muhammad Neil El Himam, deputy for digital economy and creative products at the Ministry said in a webinar, on Monday.

Yuana Rochma Astuti, director of creative economy marketing at the Ministry said that there are 1.97 million additional MSMEs that are digitized and he is optimistic that the target will be exceeded by the end of 2020.

Most of the MSMEs that have been digitized are businesses in the culinary and fashion fields.

The ministry wants to encourage entrepreneurs in the craft sector to reach more consumers through e-commerce. Neil explained that the craft business was one of those affected by the COVID-19 pandemic.

As an inseparable part of tourism, many businessmen have lost consumers because the flow of tourists has automatically stopped due to the spread of the coronavirus.

"Many crafts are sold as souvenirs for tourists. As long as tourism is affected, crafts are also affected," Neil said.

The pandemic that is sweeping the world has resulted in an acceleration of the digital economy in which entrepreneurs must quickly adapt to survive.

However, Neil admits that the digitization process is not as easy as it seems.

Apart from changing their sales and marketing methods from offline to online, entrepreneurs must also ensure that product quality is maintained. The supply of goods must always be available to meet consumer demand.

According to Yuana, this is one challenge faced by craft entrepreneurs who have more often interacted with consumers directly, such as through exhibitions.

Neil added that the digitalization of MSMEs is expected to enable Indonesian entrepreneurs to face the digital economy era while continuing to improve the quality of their products.

"Our target is to create superior local creative works that can add value to the creative economy," he said. (Antaranews) 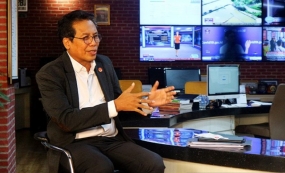 Local Elections To Proceed Despite Covid-19

The 2020 simultaneous Regional Head Elections (Pilkada) will be held on December 9 to safeguard the people's constitutional rights to vote and be elected, albeit by applying strict health protocols, Presidential spokesman Fadjroel Rachman confirmed.

"Pilkada must be organized with strict health protocols and discipline supported by law enforcement and firm sanctions, so that a new cluster owing to pilkada does not arise," Rachmad noted in a press release here on Monday.

The spokesman quoted President Joko Widodo as saying that one cannot wait for the pandemic to end to hold the regional head elections since no one knows when the COVID-19 pandemic will end.

"Hence, Pilkada must go on along with strict health protocols to ensure safety and that democracy is upheld," he affirmed.

The government has urged all parties to work in unison to thwart the likelihood of new COVID-19 clusters arising at every stage of the elections.

"This simultaneous Pilkada should offer momentum for the emergence of new ways and innovations for the community and with state officials to rise together and make Pilkada an arena for brainstorming, contesting actions, and efforts to reduce and break the chain of COVID-19," he emphasized.

In addition, Fadjroel noted that the simultaneous regional elections also demonstrates to the international community that Indonesia is a constitutional democracy and maintains the sustainability of a democratic government system under the Pancasila ideology and the 1945 Constitution.

In the meantime, Indonesia's largest Muslim organization Nahdlatul Ulama (NU) and the Regional Representative Council (DPD) have expressed their views that the government should postpone the implementation of the upcoming Pilkada owing to the COVID-19 pandemic.

"(We) request the General Election Commission of the Republic of Indonesia, Government, and House of Representatives of the Republic of Indonesia to postpone implementation of the 2020 simultaneous Pilkada until the health emergency stage is over," Chairman of PBNU Said Aqil Siroj noted in a statement here on Sunday. Despite applying strict health protocols, it would be very difficult to avoid crowds during the implementation of the local elections, NU, the country's largest Muslim organization, stated.

Indonesia, the world's third-largest democracy after the US and India, is once again gearing up to hold simultaneous regional head elections (Pilkada) in 270 regions, or nearly half of its territories, on December 9 this year.

About 734 nominee pairs have registered as candidate pairs for the 2020 Pilkada, which will be held simultaneously in nine provinces, 224 districts, and 37 cities.

Despite the strict implementation of the health protocols during the Pilkada preparation process, several central and local KPU officers have contracted the novel coronavirus disease.

KPU Chairman Arif Budiman announced on September 18 that he had tested positive for COVID-19 and would work from home.

In addition, at least 63 prospective candidates for Pilkada contracted COVID-19, and the figure is likely to increase.

In Boyolali, Central Java, 96 officers of the local office of the Election Supervisory Board (Bawaslu) were infected with COVID-19.

In Riau, the local KPU chairman, Ilham Muhammad Nasir, tested positive for COVID-19, so other commissioners of the provincial KPU also underwent testing for the virus. (Antaranews)