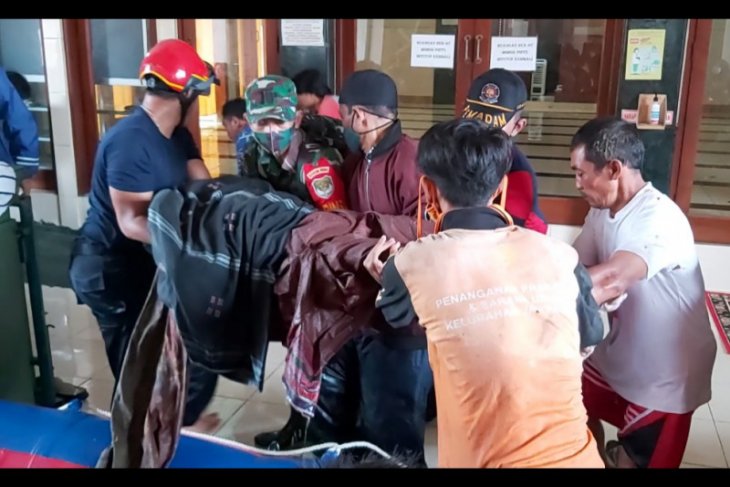 Feb. 22 - Floods triggered by incessant heavy rain in Jakarta on Saturday claimed five lives comprising one elderly man and four children, according to the capital city's disaster mitigation office (BPBD) .Four children and one senior citizen died when Jakarta was hit by major flooding on early Saturday, Sabdo Kurnianto, Chief Executive of the Jakarta BPBD, said on Sunday.A 67-year-old man, resident of Jatipadang, South Jakarta, was found dead in his locked home that was submerged by flood waters, he said.Three small boys were swept away by strong flood current in South Jakarta and a seven-year old girl drowned in floodwaters in West Jakarta.Meanwhile, the office had deployed personnel to carry out evacuation process of flood victims and distributed relief aid comprising food and equipment for cleaning homes affected by the flooding."In accordance with the Governor's instructions, we will continue to carry out flood handling by prioritizing the safety of people," he remarked.Based on data from the Jakarta BPBD, the flood waters began to recede in a number of areas but there were still 49 neighborhood units (RT) affected by the flood, or 0.161 percent of the capital city's total 30,470 RTs."A total of 1,722 members of 514 families, all of whom are from the East Jakarta area, have been displaced. They have been accommodated in 10 shelters in East Jakarta," he noted.The flood waters reached a height of up to one meter in East Jakarta. The evacuation process of flood victims was conducted with the support of police and military officers.The Jakarta authorities called for assistance as flood victims still needed more relief aid such as food, drinking waters, medic kits, family kits, mattresses, blankets and masks.Jakarta residents living in flood prone areas are urged to remain vigilant as the Meteorological, Climatology and Geophysics Agency (BMKG) has forecast that heavy rains would most likely to fall on February 22 and 23 in most parts of Jakarta and surrounding cities such as Bekasi, West Java. (Antaranews)