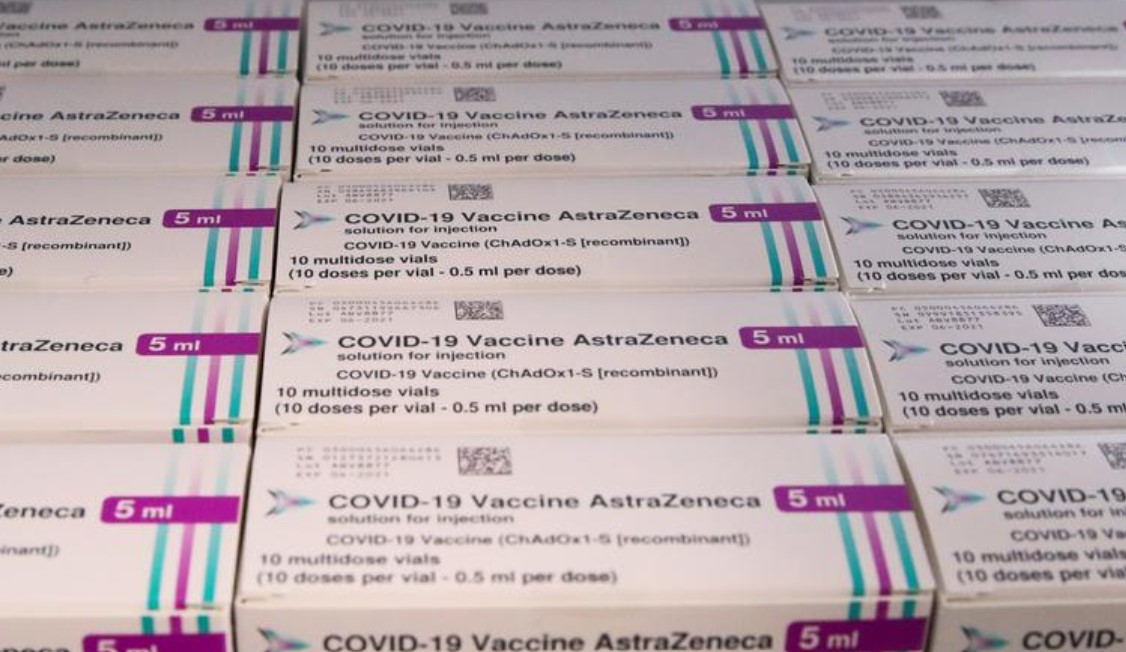 Jakarta. Several European countries are considering mixing up COVID-19 vaccines for citizens who received a first dose of AstraZeneca’s shot, an unprecedented move that highlights challenges for governments struggling to tame fresh rises in infections.

Vaccination programmes have been upset after a small number of reports that recipients of the AstraZeneca inoculation have suffered extremely rare blood clots, leading some countries worldwide to suspend its use out of caution.

A senior official for the European Medicines Agency (EMA) said in an interview published on Tuesday there was a link between the vaccine and rare blood clots in the brain but the possible causes were still unknown.

The EMA later said in a statement that its review of the vaccine was ongoing. It will give an update on its investigation on Wednesday afternoon.

AstraZeneca has said previously its studies have found no higher risk of clots because of the vaccine, millions of doses of which have been administered worldwide.

While many countries have resumed using the shot, some have imposed age restrictions.

In many instances, this has left officials scratching their heads over what to do for people who received a first dose of AstraZeneca but are no longer eligible under the new rules.

While the numbers are small compared with the tens of millions being inoculated across the region, the decision is significant because it has not been tested in late-stage human trials.

Any divergence to the EMA’s marketing authorisation would also be considered as “off label use”, meaning it would not be approved by the regulator and leave individual countries responsible for any possible side-effects.

The EMA had no immediate comment when asked about mixing and matching vaccines and referred to the briefing later on Wednesday.

Some experts say that, because all of the vaccines target the same outer “spike” protein of the virus, they could work together to train the body to fight off the virus. There is no evidence it will be as effective.

Germany was the first European country to recommend on April 1 that people under 60 who have had a first AstraZeneca shot should receive a different product for their second dose.

Norway will decide whether to resume using AstraZeneca’s vaccine or rely on alternatives by April 15.

“The outcome is either you get one vaccine, the AstraZeneca vaccine ... or you get a booster vaccine with other types of vaccines,” Sara Viksmoen Watle, a senior physician at the Norwegian Institute of Public Health, told Reuters.

Norwegian authorities are also waiting for the results of a British trial launched in February to explore mixing doses of Pfizer and AstraZeneca vaccines. The timing of the data is not known.

Britain said late last year it would allow people to be given shots of different COVID-19 vaccines on rare occasions, but it has not yet had to do so.

Finland, which resumed using the AstraZeneca vaccine from March 29, but will only give it to people aged 65 and over, said it would wait for the EMA’s conclusions before making a recommendation. It will have to start giving second doses by mid-April.

In France, where the vaccine can now only be used for those aged 55 or older, the issue affects hundreds of thousands of people.

A top health advisory body in charge of defining the use of vaccines, the Haute Autorité de la Santé (HAS), is also contemplating deploying a messengerRNA (mRNA) vaccine produced by Pfizer-BioNTech or Moderna as a second dose, according to two sources aware of the organisation’s plans.

A formal decision has not been yet taken, however, as experts await more data, notably from Britain, one of the sources added. France has until early May, which marks 12 weeks after the first doses were administered.

Back in February, it said there was no data to assess interchangeability of AstraZeneca’s vaccine and therefore advised that those who had already received a first dose should not get a different shot when vaccinated for the second time.

“We are left guessing and that makes me and other colleagues feel very uncomfortable,” said Charlotte Senechal, a 52-year-old hospital nurse working in Strasbourg, eastern France. (Reuters)

More in this category: « A third of COVID survivors suffer neurological or mental disorders: study Philippines allows use of Sinovac's COVID-19 vaccine for senior citizens »
back to top
Home
http://wowza58.indostreamserver.com:1935/voinews/live/playlist.m3u8