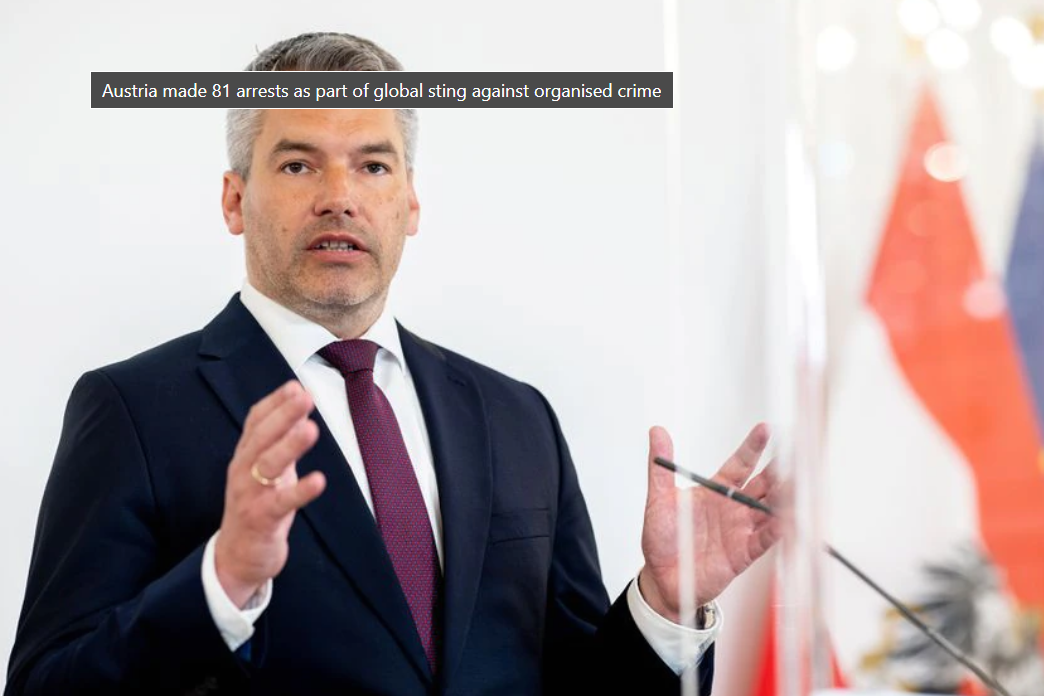 Austria made 81 of the more than 800 arrests that were part of a global sting against organised crime, the Austrian government said on Wednesday.

The operation by the U.S. Federal Bureau of Investigation, Australian and European police ensnared suspects in Australia, Asia, Europe, South America and the Middle East involved in the narcotics trade, officials said on Tuesday. read more

"The aim of this operation was to deal a massive blow to organised crime and it succeeded," Austrian Interior Minister Karl Nehammer told a news conference, adding that the gangs were involved in "worldwide drug trafficking, arms trafficking and above all commit brutal acts of violence".

"At issue here is particularly international trafficking of cocaine, heroin and marijuana in very, very large amounts," Nina Busseka, a spokeswoman for the Vienna prosecutors' office, told the news conference.

As part of the operation in which gangs were sold encrypted phones that law enforcement officials could monitor, Austrian police seized 30 kg of cocaine, 26 kg of heroin, 261 kg of cannabis resin and 390 kg of marijuana, Director General for Public Security Franz Ruf said.

One of those arrested is a leader of a crime syndicate who is wanted for three murders in Serbia and was in hiding in Greece and Turkey before spending a matter of days in Vienna, Ruf said. A Serbian wanted for international drug trafficking who is also a murder suspect in Serbia was also arrested. (Reuters)