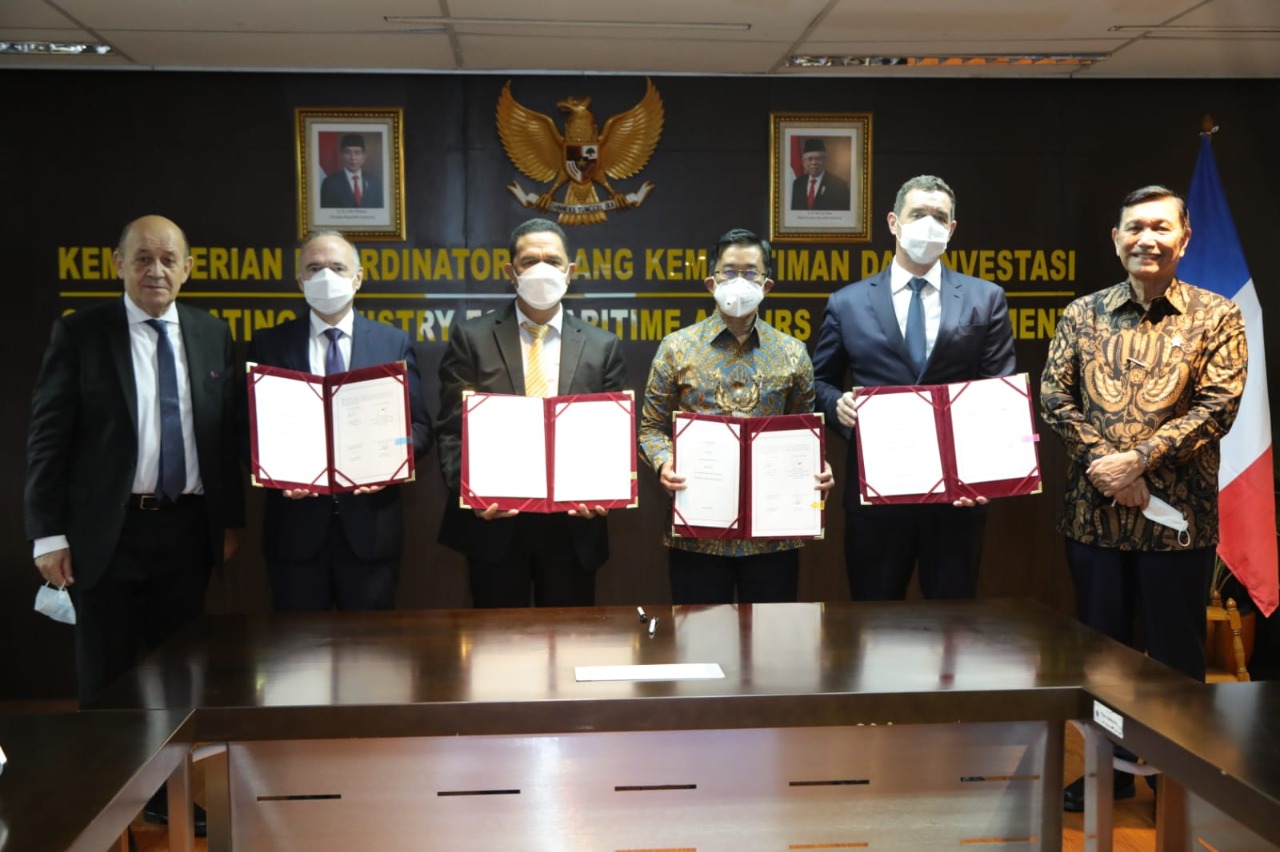 The signing of the Letter of Intent (LoI) between France and Indonesia regarding Cooperation to Accelerate the Energy Transition in Indonesia was carried out to enhance partnerships and implement various strategic programs in the energy sector in Indonesia.

"Cooperation between the two countries is important not only in the energy sector but also in the economic, health, IT industry, defense, maritime and environmental sectors," he told the French Foreign Minister (24-11-2021).

This LoI contains, among others, a concession loan scheme for the development of the Sustainable and Inclusive Energy Program policy; Concession loans to PLN for transmission and distribution projects, grants for experts and feasibility studies, including credit to state-owned banks for mini hydro power projects and other renewable energy.

“Transformation and technological innovation in the energy sector are very important and for that we will invest in these two fields in Indonesia. This is based on Indonesia's various achievements under the leadership of Coordinating Minister Luhut, both in dealing with Covid-19 at the national level and various program strategies in the energy sector, including the international agreement of world leaders to reduce carbon emissions during the G20," he said.

On the same occasion, the Deputy for Coordination of Maritime Sovereignty and Energy from the Coordinating Ministry for Maritime Affairs, Basilio Dias Araujo, stated that he would open France's access to invest in various priority renewable energy projects. In addition, he stated that France should prepare innovative financing with local partners in Indonesia. AFD has mobilized various financial instruments including technical assistance to support Indonesia with a total fund of 520 million euros worth of energy transition acceleration program.

The French Foreign Minister conveyed his appreciation to the Government of Indonesia, because of Indonesia's seriousness in making the energy transition.

After the signing of this LoI, he is sure that many French companies will want to invest in Indonesia, especially in the field of electric car batteries.

Coordinating Minister Luhut's invitation to the French side regarding investment in Indonesia has existed for a long time, and has even been discussed between the President of the Republic of Indonesia Joko Widodo and French President Emmanuel Macron. Furthermore, Coordinating Minister Luhut also reminded the potential for maritime cooperation that puts forward the green concept.

"We welcome France as a strategic partner to develop clean and sustainable technology industries in Indonesia, especially in the maritime industry," he concluded.

More in this category: « Bali's tourism recovery to show Indonesia's pandemic-handling efforts Indonesia, FAO urge prudent use of antimicrobials in farming »
back to top
Home
http://wowza58.indostreamserver.com:1935/voinews/live/playlist.m3u8