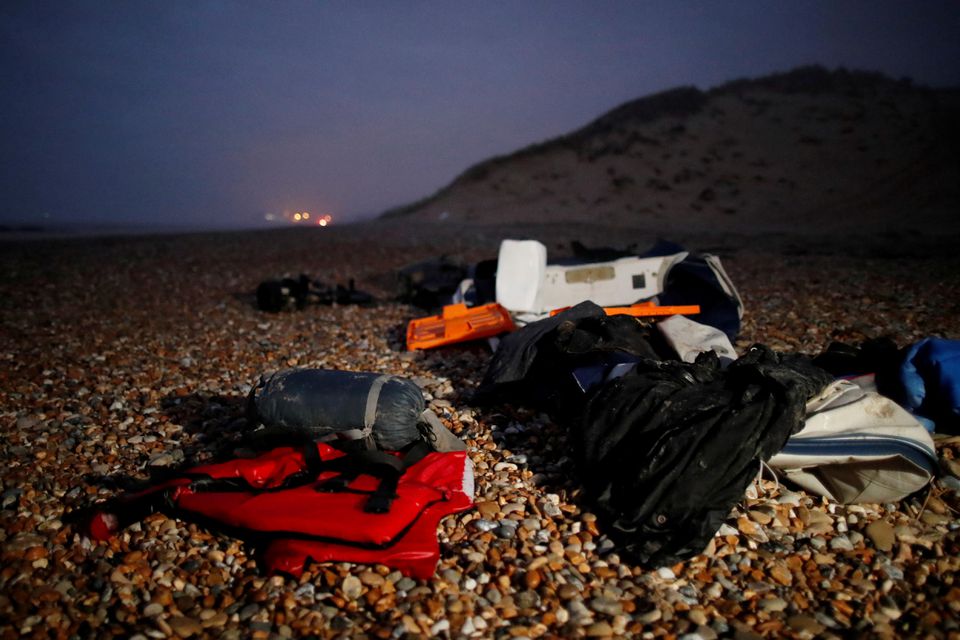 France and Britain sought answers on Thursday on how to deter migrants from trying to cross the sea separating them after 27 people died making the attempt in an inflatable dinghy, the worst accident of its kind in the Channel on record.

President Emmanuel Macron and Prime Minister Boris Johnson had differing views over who was to blame for the tragedy. read more

In a phone call with Johnson on Wednesday night, Macron emphasised the shared responsibility the two governments carried. Johnson said Britain had had difficulty persuading the French to tackle the problem in the correct way.

French Prime Minister Jean Castex was due to hold a crisis meeting on Thursday morning, as authorities announced that a fifth suspected people smuggler had been arrested in connection with the disaster.

British Interior Minister Priti Patel said she would be having talks with her French counterpart Gerald Darmanin, who said Britain, Belgium and Germany needed to do more to help France tackle the illegal migrants and human trafficking.

Britain said the drownings highlighted how the efforts of French police to patrol their beaches and secure their northern border were inadequate.

"We have had difficulty persuading some of our partners, particularly the French, to do things in a way that we think the situation deserves," Johnson said on Wednesday.

He repeated an offer to have joint British-French patrols of the northern French coast near Calais, from where Britain can be seen on a clear day and from where most migrants launch their bid to reach England's shores.

Paris has previously resisted such calls. London has in the past threatened to cut financial support for France's border policing if it fails to stem the flow.

The number of migrants attempting to cross the Channel, one of the world's busiest shipping lanes, has jumped in recent months after the British and French governments clamped down on other forms of illegal entry, such as hiding in the backs of trucks crossing from ports in France.

Regaining control of Britain's borders was a totem for Brexit campaigners ahead of the 2016 referendum on Britain's membership of the European Union.

Reuters witnessed one group of migrants emerging from the sand dunes near Wimereux, near Calais, before piling into an inflatable dinghy. The same group was seen landing hours later in Dungeness, southern England, having safely crossed the 30 km stretch of water.  (reuters)