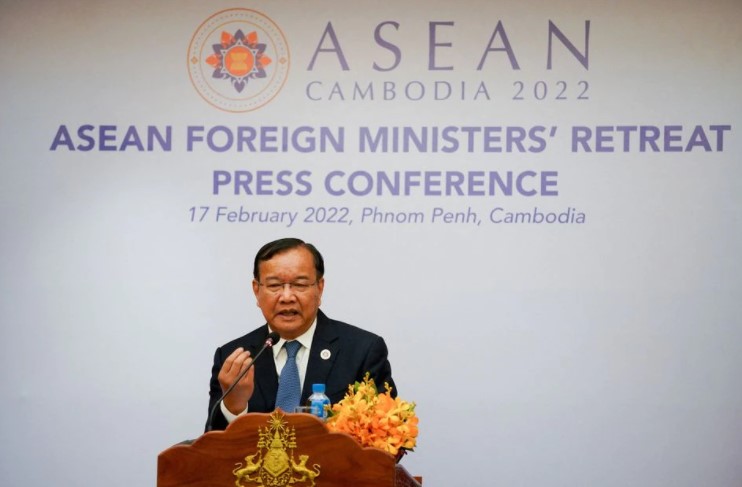 A special Southeast Asian envoy started meetings on Monday aimed at ending hostilities in Myanmar, a visit met with anger from opposition groups who said it showed deference to its military rulers and disdain for the will of the people.

Authorities in Cambodia, the chair of the Association of Southeast Asian Nations (ASEAN), have been tight-lipped about the schedule of envoy Prak Sokhonn, which a spokesman said was "to ensure the smooth process of the visit".

Myanmar state media showed footage of the envoy meeting junta head Min Aung Hlaing at the beginning of the three-day trip, which aims to start a peace process the generals agreed to last year. Some ASEAN members are frustrated over the lack of progress and have barred the junta from attending summits.

The military-controlled MWD media said on its Telegram channel that talks between the two included discussions on the status of the ASEAN peace plan and humanitarian assistance.

According to some independent Myanmar media, Prak Sokhonn will also meet unspecified political parties, but talks with representatives of ethnic minority armies have been cancelled.

Myanmar spiralled into chaos after a coup 13 months ago, which ignited protests and strikes nationwide and hostilities in the countryside between troops and armed groups allied with Suu Kyi's government.

On Monday, a group called the General Strike Coordination Body, in a statement that it said was on behalf of 36 civil society and non-governmental organisations, said recommendations by ASEAN foreign ministers at a meeting last month were being ignored by the envoy, who it said was advocating for the junta.

"It is clear that the visit to Myanmar by the ASEAN envoy showed no respect on the voices and demands from the people of Myanmar," it said, calling ASEAN "shameful".

In Kalay in northwestern Myanmar, protesters defied security forces by staging a small demonstration, holding up signs saying the envoy was not welcome, photographs on social media showed.

In a report last week, the United Nations said that since the coup, the army's systematic targeting of civilians amounted to war crimes and crimes against humanity. Myanmar's junta has yet to respond. read more

On Monday, the United States will formally announce that the violence by the army against the Rohingya minority in 2017 was genocide and crimes against humanity. (reuters)