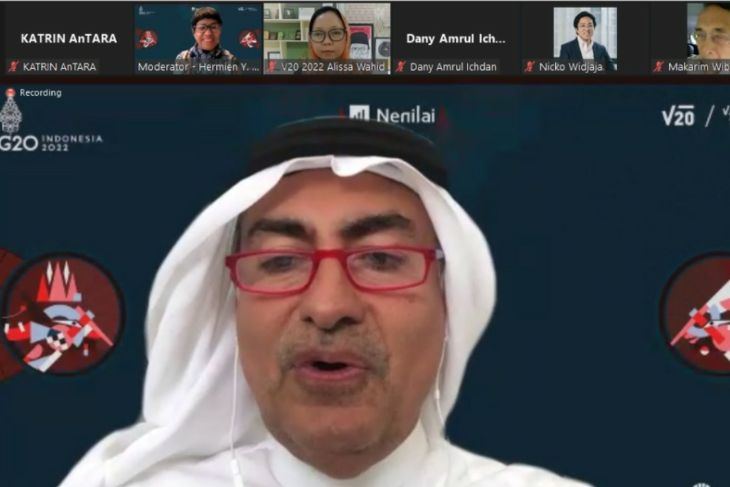 Values 20 (V20) founder Ghazi Binzagr has highlighted the importance of the group and the discussion on values at the G20 as a means to better understand the human condition in the social and economic environment."Because human conditions are not dictated by economics alone. It was only a matter of time, to say that we need to address social economics and not just economics," he said at the virtual V20 Carnival Press Conference, which was accessed from here on Thursday.The G20 forum aims to address financial issues globally, he added. However, the delegates have realized that their discussion will not be effective unless they are able to expand the scope of the problems they address to include the economy as a whole."It was only a matter of time that we began to realize that economics alone will not help us deal with global crises. At some point, a deeper discussion on social economics has made us recognize that unless we are prepared to go deeper into the understanding of human drives and human conditions, we would not be able to address human dilemmas, except superficially," Binzagr said.Hence, the V20 group is important for the G20 forum to gain a better understanding of humans as a part of the community in the economic environment, he added."The part of our being that is not articulated in the human aspirations anchored in the values of who we are and what we become," he remarked."The V20 is about that articulation, is about seeking evidence-based methodologies to prove to the decision-makers that when policy formulation and implementation become more inclusive of the human condition, awareness of human values will make them able to formulate them better and implement them better," he added.  (Antaranews)