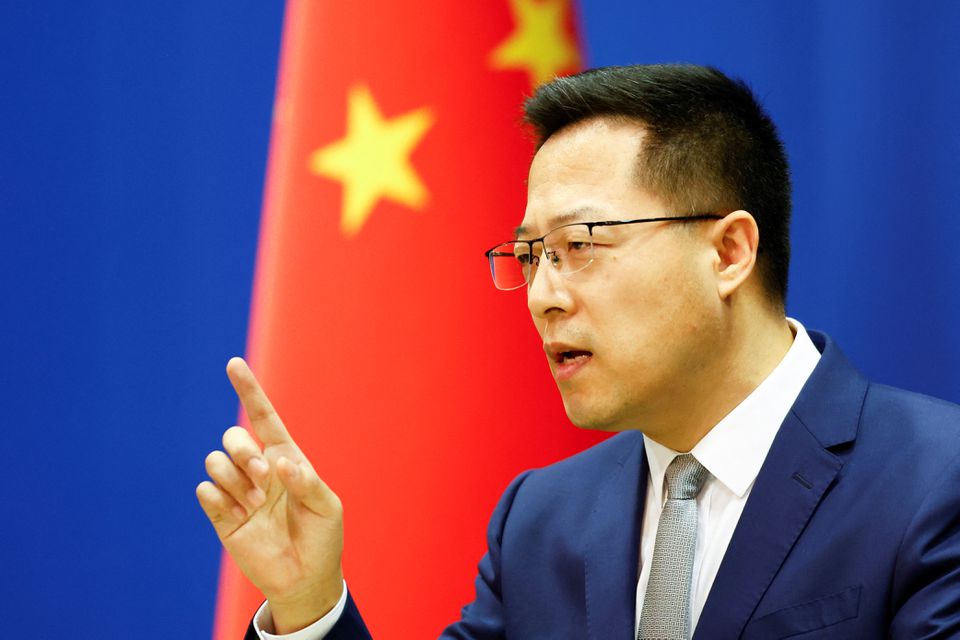 Chinese foreign ministry spokesman Zhao Lijian said on Friday that a joint EU-Japan statement that mentioned a territorial dispute between China and Japan was an attempt to smear China and interfere in its internal affairs.

The statement, issued following a joint EU-China summit in Tokyo, expressed concern over the situation surrounding the disputed East China Sea islets known as the Senkaku islands in Japan. China also claims the islands, which it calls Diaoyu. read more

"Japan and the European Union have been speculating on China-related issues at the conference, smearing and discrediting China, interfering in China's internal affairs and provoking regional confrontation," Zhao told a regular briefing in Beijing.

"China is firmly opposed to this and has already made solemn representations to the relevant parties."

European Union leaders also said on Thursday in Tokyo that the EU wanted to become a bigger actor in Asia, which they termed a "theatre of tensions," warning of an increasingly assertive China even as they called on Beijing to defend the multilateral global order.

Both European leaders also warned of China's close relationship with Russia and condemned unilateral moves to change the status quo in any region of the world.

Their summit's statement added that the EU and Japan would deepen their exchanges on China, including over the situation in Hong Kong and Xinjiang. (Reuters)

More in this category: « Japan says Russia should be held accountable for atrocities-Japan official quoting foreign minister Tuvalu, sinking in the Pacific, fears becoming a superpower 'pawn' »
back to top
Home
http://wowza58.indostreamserver.com:1935/voinews/live/playlist.m3u8