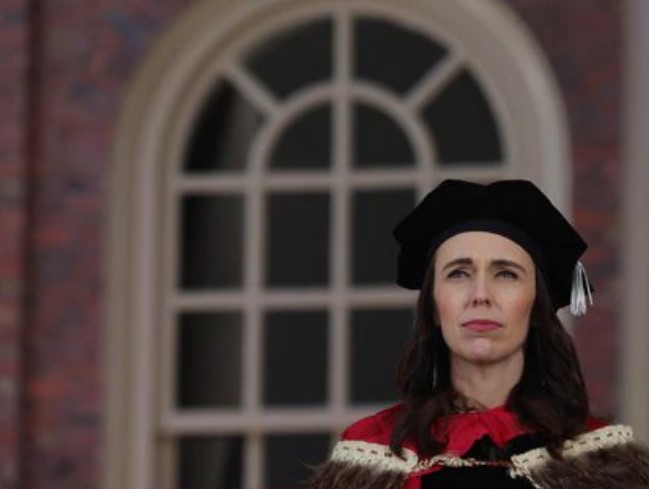 New Zealand Prime Minister Jacinda Ardern said she will meet with U.S. President Joe Biden at the White House next Tuesday, when she expects to discuss increasing competition in the Indo-Pacific, trade and the U.S. economic role in the region.

The two countries are close allies but the meeting with Biden had been uncertain after Ardern tested positive for COVID-19 earlier this month, given strict White House pandemic protocols.

Ardern, who spoke with reporters on Thursday after delivering the commencement address at Harvard University during a visit to the United States, said she would also meet with U.S. Vice President Kamala Harris the same day.

She expected the agenda to include the war in Ukraine and increasing competition in the Indo-Pacific - an apparent reference to growing rivalry between the United States and its allies and China in the region.

"I imagine we will discuss our region and the fact that it is becoming increasingly contested and the role of the United States in our regional economy is important."

She is in the United States seeking to boost exports and lure more tourists as New Zealand looks to fully reopen its borders after more than two years of COVID-19 restrictions.

On Wednesday, she met members of the U.S. Congress and said the United States should return to a regional trade pact it quit in 2017 if it wanted to engage economically with the Indo-Pacific. read more

Ardern's visit to Washington coincides with the start of a sweeping tour by China's foreign minister of Pacific island countries, an increasingly tense front in competition for influence between Beijing and Washington and its allies, including New Zealand.

Her visit also follows a month of intensive U.S. diplomacy focused on the Indo-Pacific, including Biden's first trip as president to the region that concluded this week. (Reuters)

More in this category: « Japan to 'drastically strengthen' military capability Kiribati focuses on trade not security for China visit to remote Pacific island »
back to top
Home
http://wowza58.indostreamserver.com:1935/voinews/live/playlist.m3u8