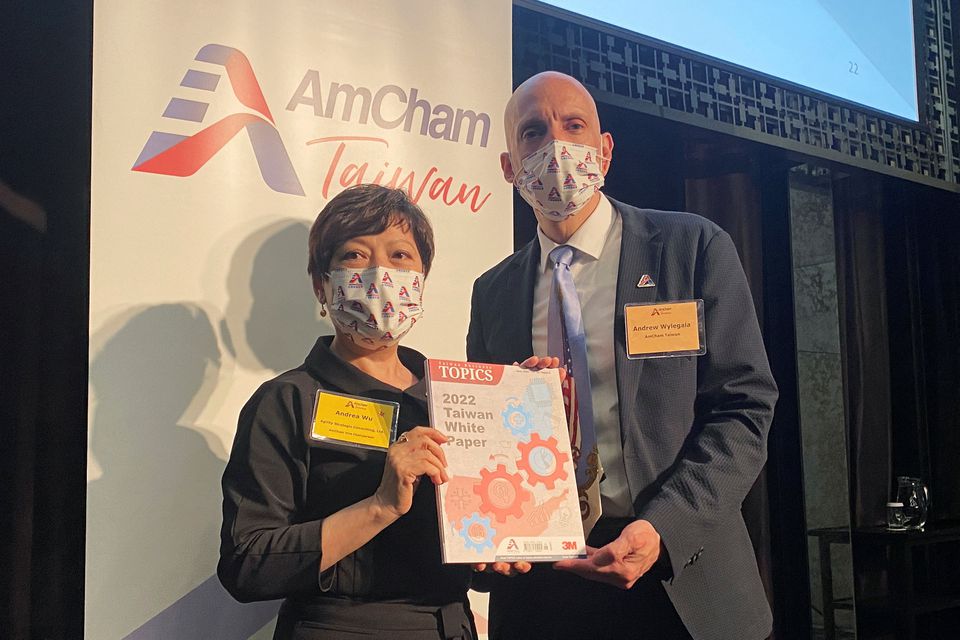 The United States should "urgently" start talks with Taiwan on a free trade agreement with the aim to present a completed text for passage next year, the American Chamber of Commerce in Taiwan said in an annual policy paper published on Wednesday.

Taiwan has long campaigned for such a deal, in what would be a strong show of support for the Chinese-claimed island in the face of unrelenting diplomatic and military pressure from Beijing. It says it is a reliable partner for the United States with shared democratic values.

While Taiwan has strong bipartisan support in Congress and the Senate, the Biden administration last month excluded Taipei from its Asia-focused economic plan designed to counter China's growing influence, the Indo-Pacific Economic Framework, or IPEF.

AmCham Taiwan said they called "urgently" for the administration to start talks on a Bilateral Trade Agreement (BTA) with Taiwan, with a "completed text presented for passage in 2024".

Such a deal would encourage other like-minded partners to enter into similar arrangements with Taiwan, further open Taiwan's economy and "effectively" address the economic and security implications of the island's key chip industry.

"In addition to these strategic trade elements with their clear implications for U.S. defence preparedness, a BTA would bolster both the U.S.' and Taiwan's economic and thus overall security vis-à-vis China."

However, the chamber, which has members from more than 500 international companies, noted the lack of progress on such an agreement, saying its passage was their top request to Washington.

Chamber President Andrew Wylegala told reporters in Taipei there were "no clear indicators" the Biden administration was contemplating a BTA in the near term, but one could come further down the line.

"I would put Taiwan in that small and rare group of partners that the U.S. would view as particularly desirable to pull into an FTA," he added, referring to a free trade agreement.

Taiwan and the United States are due to hold high-level trade talks in Washington at the end of this month under a new U.S.-Taiwan Initiative on 21st-Century Trade. (Reuters)